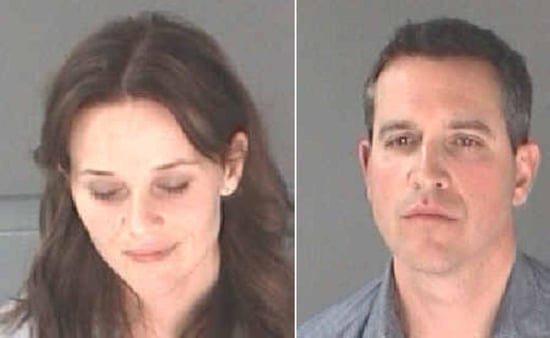 Variety reports that Reese Witherspoon and her husband, Jim Toth, were arrested early Friday morning in Atlanta, GA. Jim was arrested for a DUI after swerving into the wrong lane with his car, and Reese for disorderly conduct after disobeying police in a verbal altercation during Jim's arrest. Reese was handcuffed, and the pair were both taken to jail, where they were booked and took mugshots before being released shortly after. Reese is currently on location in Atlanta shooting her latest film, The Good Lie.