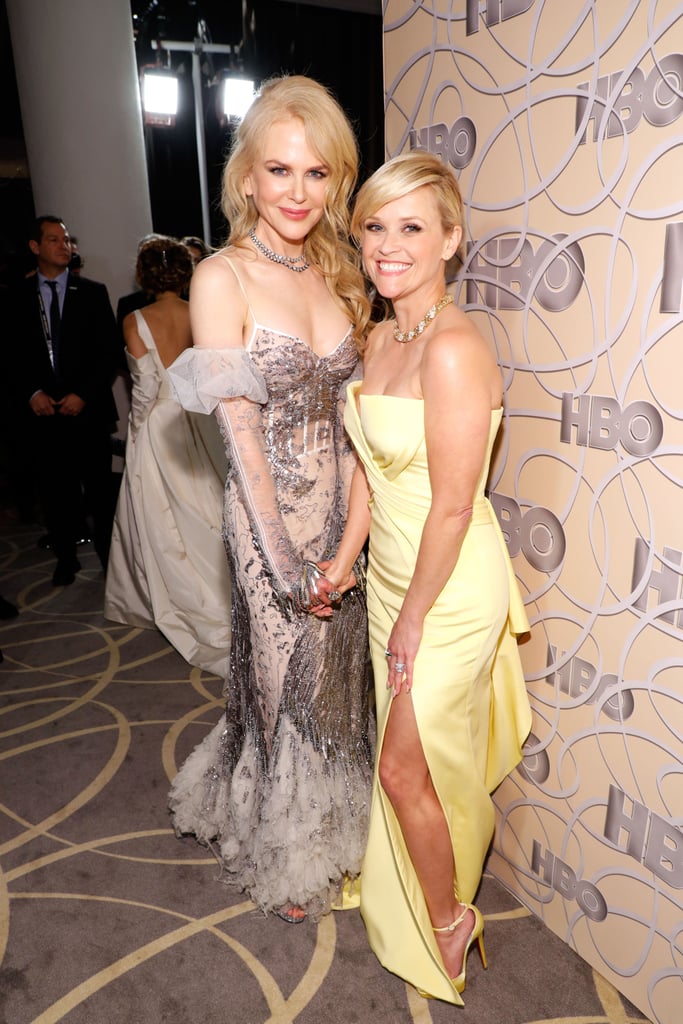 Nicole Kidman and Reese Witherspoon were as cute as can be when they popped up at HBO's Golden Globes afterparty on Sunday night. The duo — who costar in HBO's upcoming show Big Little Lies — played up their offscreen chemistry on the red carpet as they held hands and shared a few laughs. Their outing got even cuter when they linked up with pal Sarah Jessica Parker, who gave us major Carrie Bradshaw vibes in her white Vera Wang gown. Earlier in the evening, Nicole and Reese took the stage together to present an award at the ceremony. If this is any indication of what their show will be like, we're in for a real treat.