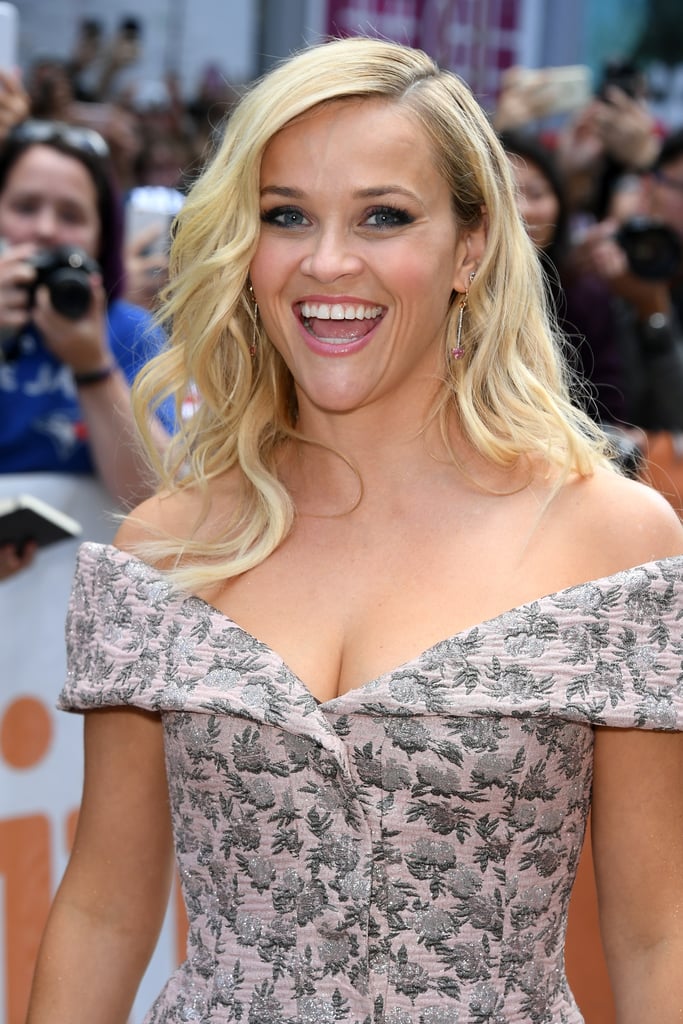 Reese Witherspoon was positively glowing when she hit the red carpet for the premiere of her latest film, Sing, at the Toronto International Film Festival on Sunday. The actress struck a series of smiley poses for photographers and stopped to sign fan autographs as she made her way inside the Princess of Wales Theatre. Also nearby were Reese's costars, Matthew McConaughey, Scarlett Johansson, Tori Kelly, and Jennifer Hudson, whose musical performance is featured in the animated film.

In addition to being a busy actress, Reese has also added fashion designer to her résumé. The star recently launched her own clothing brand called Draper James, and due to its success, she opened up a store in Dallas earlier this month.