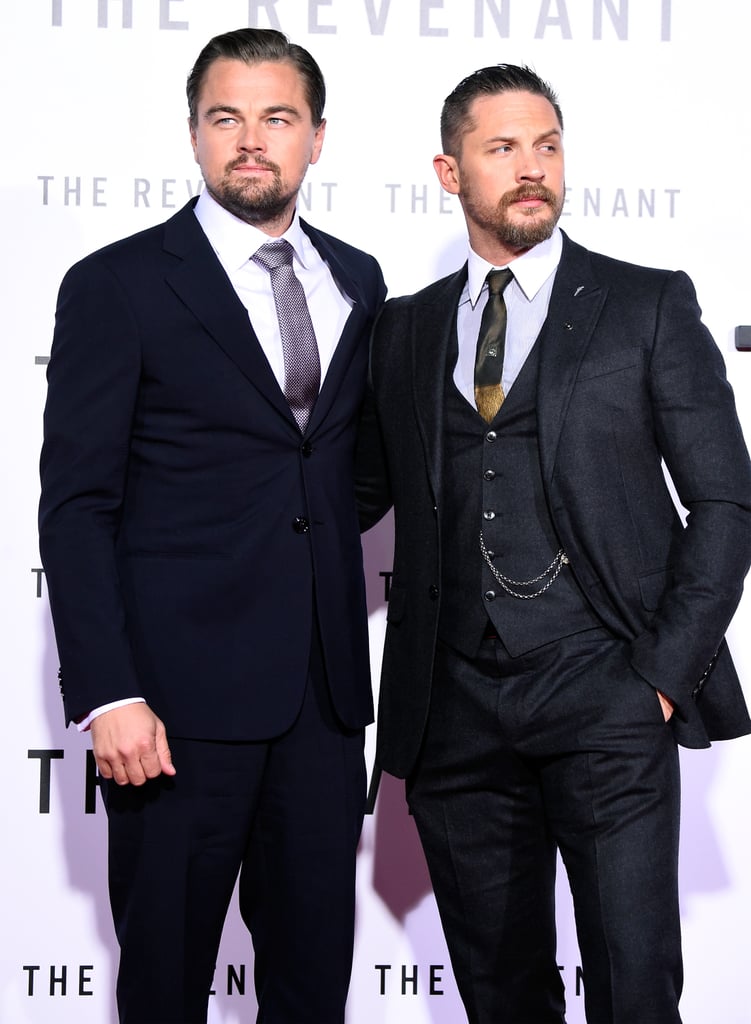 Leonardo DiCaprio and Tom Hardy were looking pretty good when they attended the premiere of their new movie The Revenant in LA on Wednesday. The two showed off their best smouldering looks as they posed for photos whilst showing off matching scruff. In the film, which hits UK cinemas on 15 Jan., Leonardo stars as Hugh Glass, a fur trapper who is left for dead after being mauled by a bear, and Tom plays John Fitzgerald, Leo's companion. As it turns out, Leo has also had a few near-death experiences off camera, too. The actor recently opened up about numerous scary accidents he's had over the years. Read on to see the rest of their sizzling photos and then check out what actually happens to Leo in that famous bear scene.