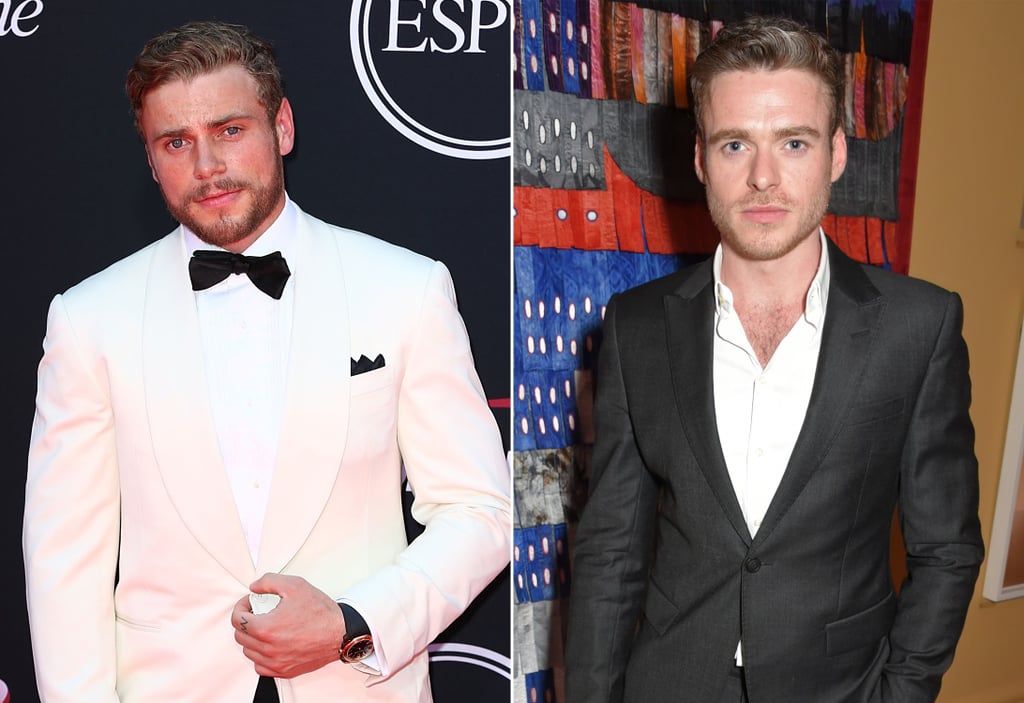 Things that Game of Thrones and the 2018 Winter Olympics have in common: men with beards, snow, dogs, and the athlete-actor look-alike duo that has fans convinced Robb Stark is still alive and competing in Pyeongchang, South Korea. It only took a few days of intense Olympics coverage sweeping the country before TV buffs and people suffering from Thrones withdrawal realized that Team USA skier Gus Kenworthy (left) and actor Richard Madden bear a striking resemblance to one another. *Insert GOT theme song.*

Maybe it's the pearly white smiles, the scruffy beards, or even the messy curls, but Gus and Richard have us shook, and the best part is, Gus knows it. The skier responded to a fan on Twitter calling out the look-alikes, and Gus wrote back, "Uh-oh @_richardmadden they're on to us." Let's just hope that like Robb Stark, Gus will win every battle he fights (or every competition he skis in)! Read on to see tweets from people who are convinced the oldest Stark son is alive and competing in the Games, because the North always remembers.

Related:
These Hot Olympic Athletes Will Be Heating Up the Games in Pyeongchang
Previous Next Start Slideshow
Gus KenworthyWinter Olympics 2018AthletesGame Of ThronesOlympics