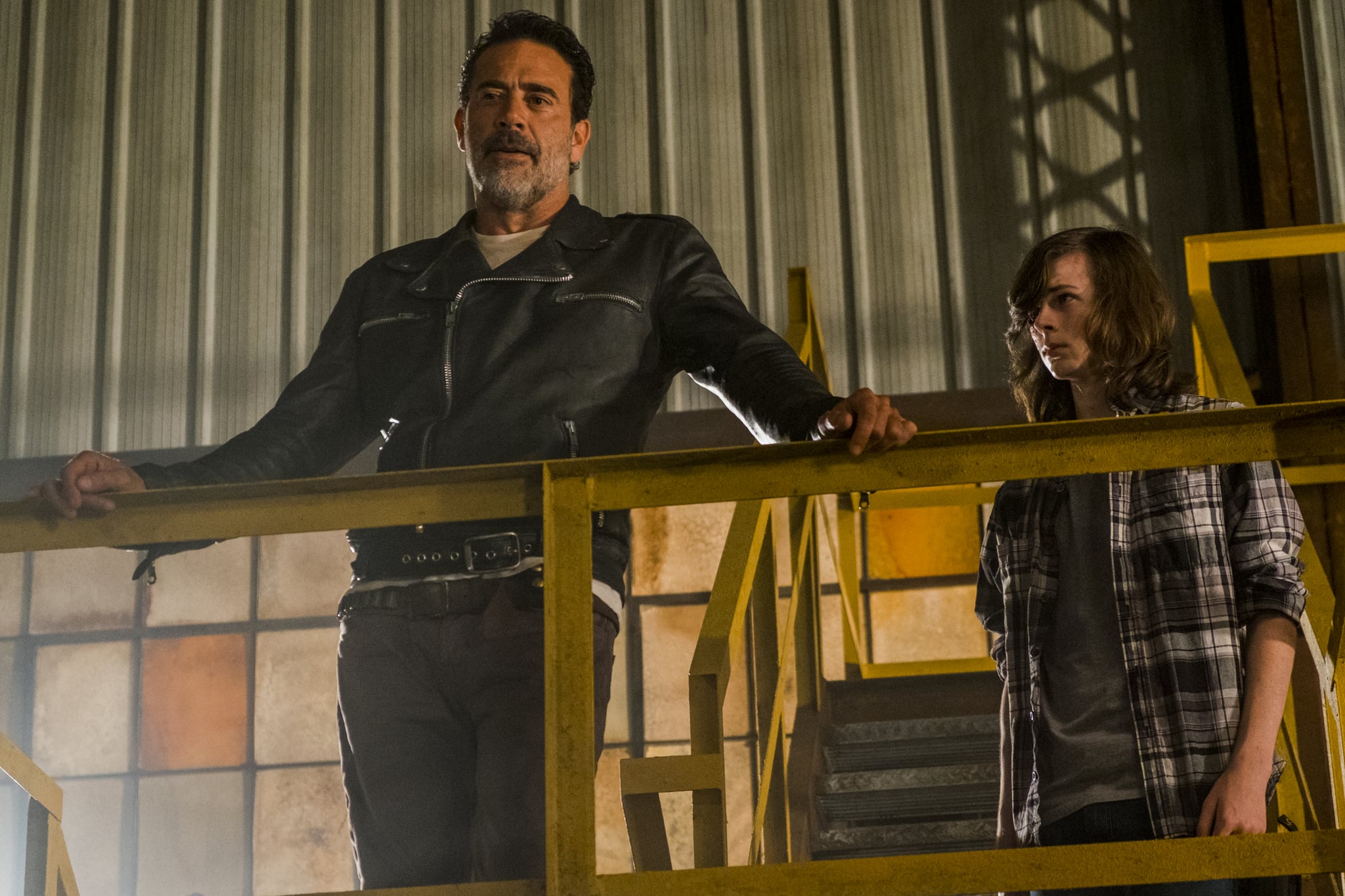 It's a mad, mad world on The Walking Dead. With a horrible virus turning the population into a hissing mass of rotting animated corpses, it's no wonder that all laws and any sense of order have been abandoned. This season, we've got one sore reminder that we're living in a bleak world: Negan killed two beloved characters, resulting in one of the most heart-wrenching and horrifically graphic episodes of any TV show in recent memory. What's more, if you know what happens to Negan in the comic books, there's plenty of trouble ahead. Here's the thing, though: in The Walking Dead, it's all about perspective. You could argue that anyone is a villain. Negan may be bad, but Rick is just as evil. In fact, if you turn the tables, Rick could be one seriously sinister villain.

Before we continue, I'd like to make one thing clear: Negan is not a hero. Negan is not "the good guy." I mean, this is a guy who steals wives from his fellow group members. He routinely rapes all of his multiple wives. He's a savage murderer. But the other characters have done their fair share of awful things. Carol murdered a young girl and killed two of her friends and burned the corpses! Hell, Father Gabriel caused so many inadvertent deaths because he wouldn't let a single soul into his church! It's not that Negan is the good guy. The point I'm trying to make, I guess, is that Rick only seems like the good guy because we've been following him since the beginning of this whole ordeal. 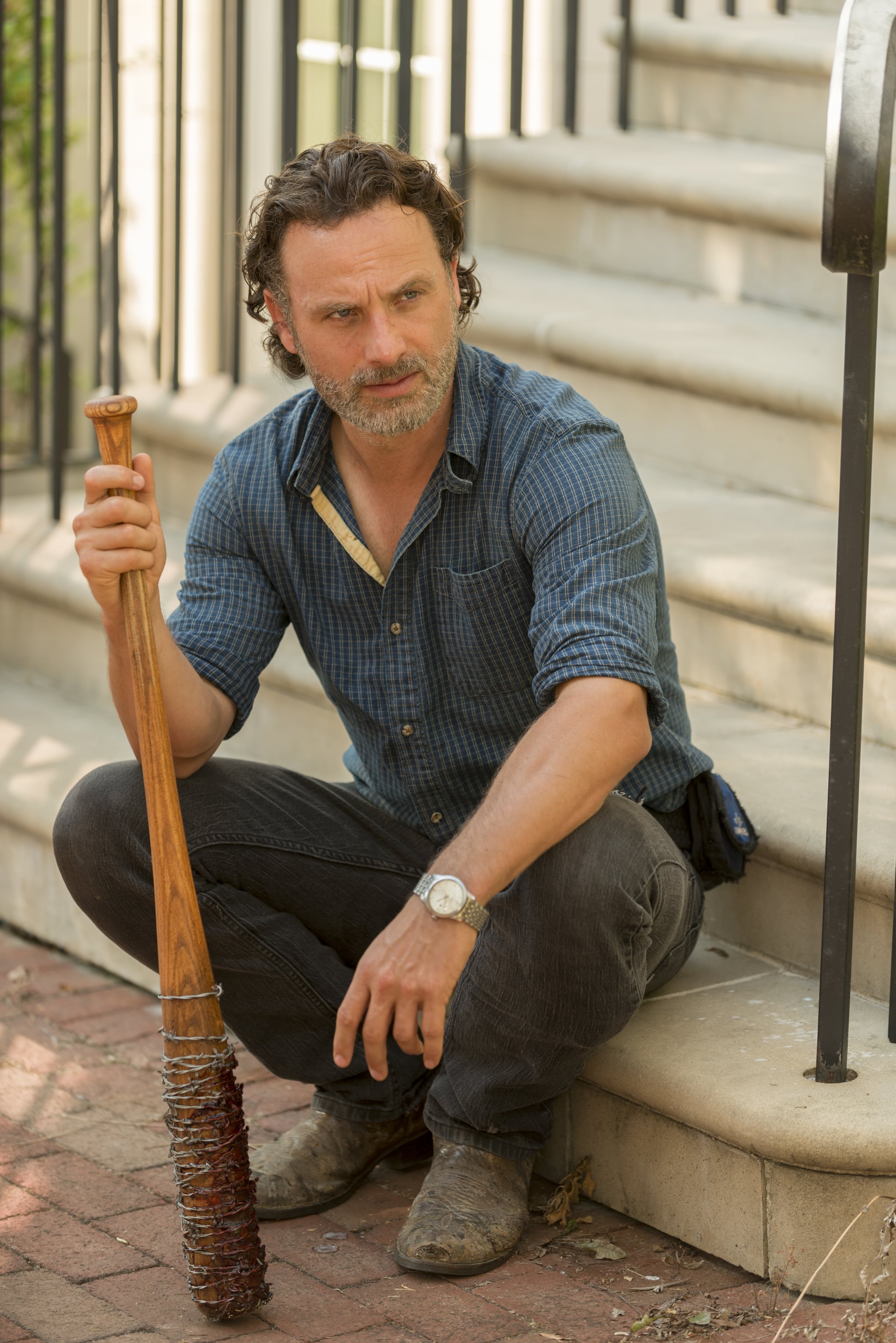 Let's use Rick, the obvious protagonist, as our prime example. Over the course of the show, Rick has done a lot of crazy sh*t. I'll admit, there have been a handful of moments where I actually cringed at some of the depraved things he'd done. At the same time, though, we've seen him lose his wife, his best friend, and countless others he's grown close to. We've seen him attempt to persevere in this horrible world. As much as we hate some of his actions, we believe he's doing what he can to survive. On The Walking Dead, ethics and morals are simply blurred.

Related:
The Single Most Frustrating Thing About The Walking Dead

Think about how we might feel if we'd been following Negan from the start. Maybe we'll get his backstory, and we'll have a better understanding of how he got to where he is. But, I mean, if we'd watched Negan build the Sanctuary from the ground up, maybe we'd have more emotional stakes in his storyline. We'd see Negan's personal heartbreaks and betrayals. We'd be devastated to learn that another group had completely wiped out one of his outposts. Imagine if we'd been attached to any of those characters. If we had never met Rick before that horrible confrontation that left Glenn and Abraham dead, would it seem like Rick's gang was getting their just desserts? Would Negan seem benevolent after only killing two members of that evil group? Would it look like he had avenged some deaths?

This, to me, has to be one of the most compelling facets of the Walking Dead universe. Maybe no one is the hero. This takeover of the zombie-like walkers has eliminated refined society. Everyone is doing what they can to survive and thrive in this new world, including Rick and everyone else. Once you break out of his story, it's hard not to ask: who should we really be rooting for?