Ricky Gervais has been talking about a possible return to British TV! His new movie The Man From The Pru could possibly be spun off into a series similar to that of The Office and Extras called The Men From The Pru. Ricky is working on the movie with Stephen Merchant, and will follow a group of twenty-somethings in the 1970s as they waste their lives while working at the Prudential building society. Speaking recently, Ricky said: 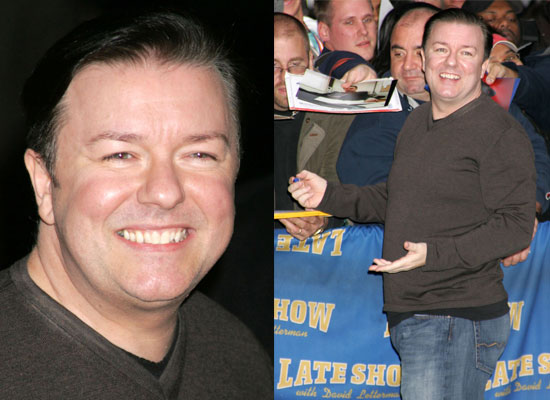 "It'd be lovely to launch this sort of quintessentially British feel and then have that ongoing thing ready where you can hit the ground running. I think it's a much better way around than doing a TV show and trying to turn it into a film. This way around gives it a bit more gravitas, I think.... It could be a prequel, we might not get to where we did in the film, or we might move the emphasis a bit, we might make it slightly more sitcom and less epic. We're going to think of it as we go along, really."

I think both sound great, it will be good to see Ricky's chuckle-inducing work back on both the big and small screen again!