The gang from Battleship dressed up today for a photocall on behalf of their Summer blockbuster at London's Corinthia Hotel. Brooklyn Decker donned a Stella McCartney dress that is a celeb favorite — Gwyneth Paltrow wore it to an event in China, while Sienna Miller donned it on a recent British Vogue cover. Rihanna was decked out in a silky dress and Taylor Kitsch looked hot in a suit.

The long promotional road is just starting for the trio ahead of the film's release on May 18. Brooklyn, though, has already been making the rounds for nearly a week. She and Taylor were in Hamburg, Germany, a few days ago, along with director Peter Berg. Brooklyn was also in LA for WonderCon, and attended a panel with the movie's other leading man Alexander Skarsgard. Between all the work, Brooklyn's found time to shop. She recently tweeted a photo of her idea of heaven, the candy selection at Harrods! 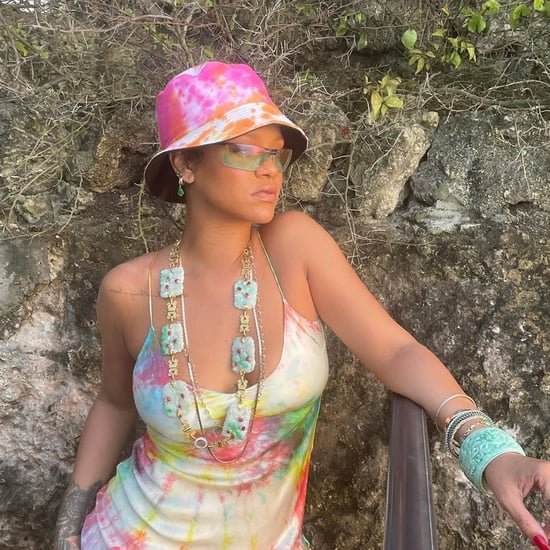