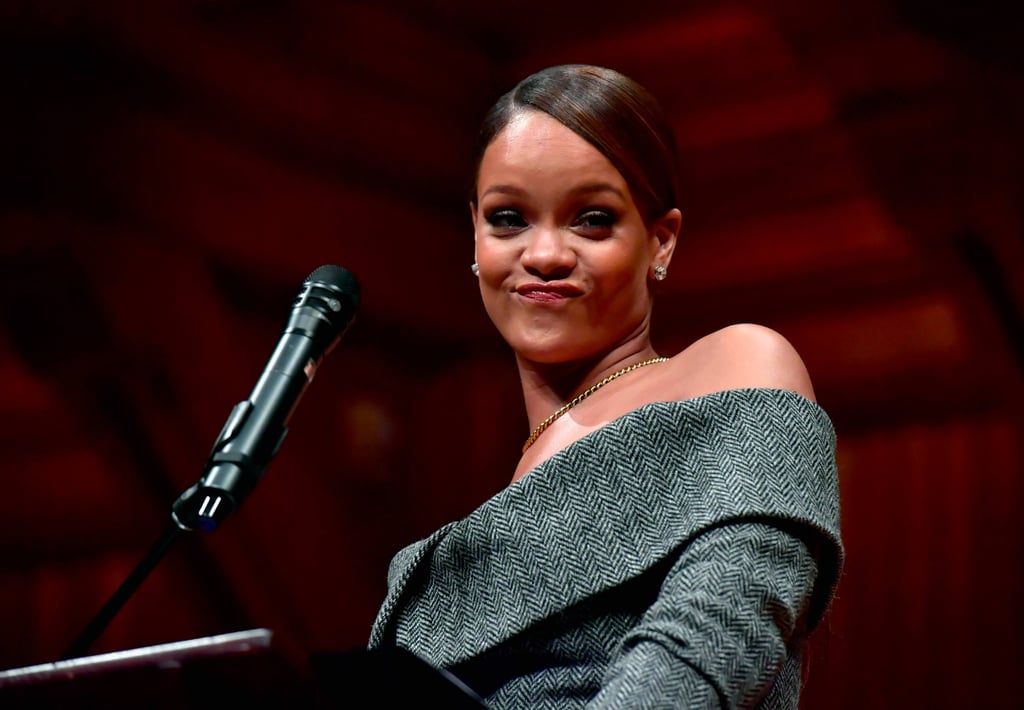 Rihanna on Being Named Humanitarian of the Year: "So I Made It to Harvard"

Harvard University is considered a pretty serious place (it is an Ivy League school, after all), but when Rihanna shows up, it suddenly seems like the place to be. The singer was honoured with its Humanitarian of the Year award on Tuesday night, and she brought her signature charm and attitude when she attended the ceremony in Cambridge, MA. Rihanna founded the BELIEVE Foundation, a charity to help critically ill children, when she was 18 and has used her global influence to raise awareness for numerous charities over the years. She was given her plaque by the dean of Harvard College, Rakesh Khurana, and was praised by students and little kids who said she's inspired them to "shine bright like a diamond" and to "work work work."

Rihanna then took the stage to say a few words, where she did a hilarious hair flip while saying, "So I made it to Harvard. Never thought I'd be able to say that in my life, but it feels good." She went on to say that she feels "incredibly humbled" by the honour and was first inspired to create change when she was a little girl watching commercials of kids suffering all over the world while growing up in Barbados. "I would say to myself, 'When I grow up and I can get rich, I'm going to save kids all over the world,'" she continued. "I just didn't know I would be in the position to do that by the time I was a teenager." 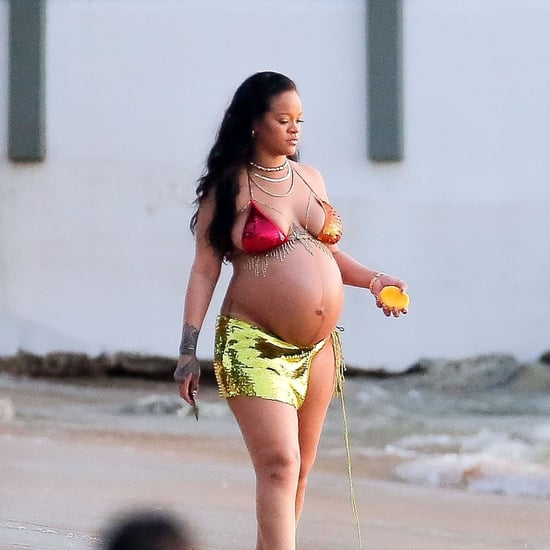