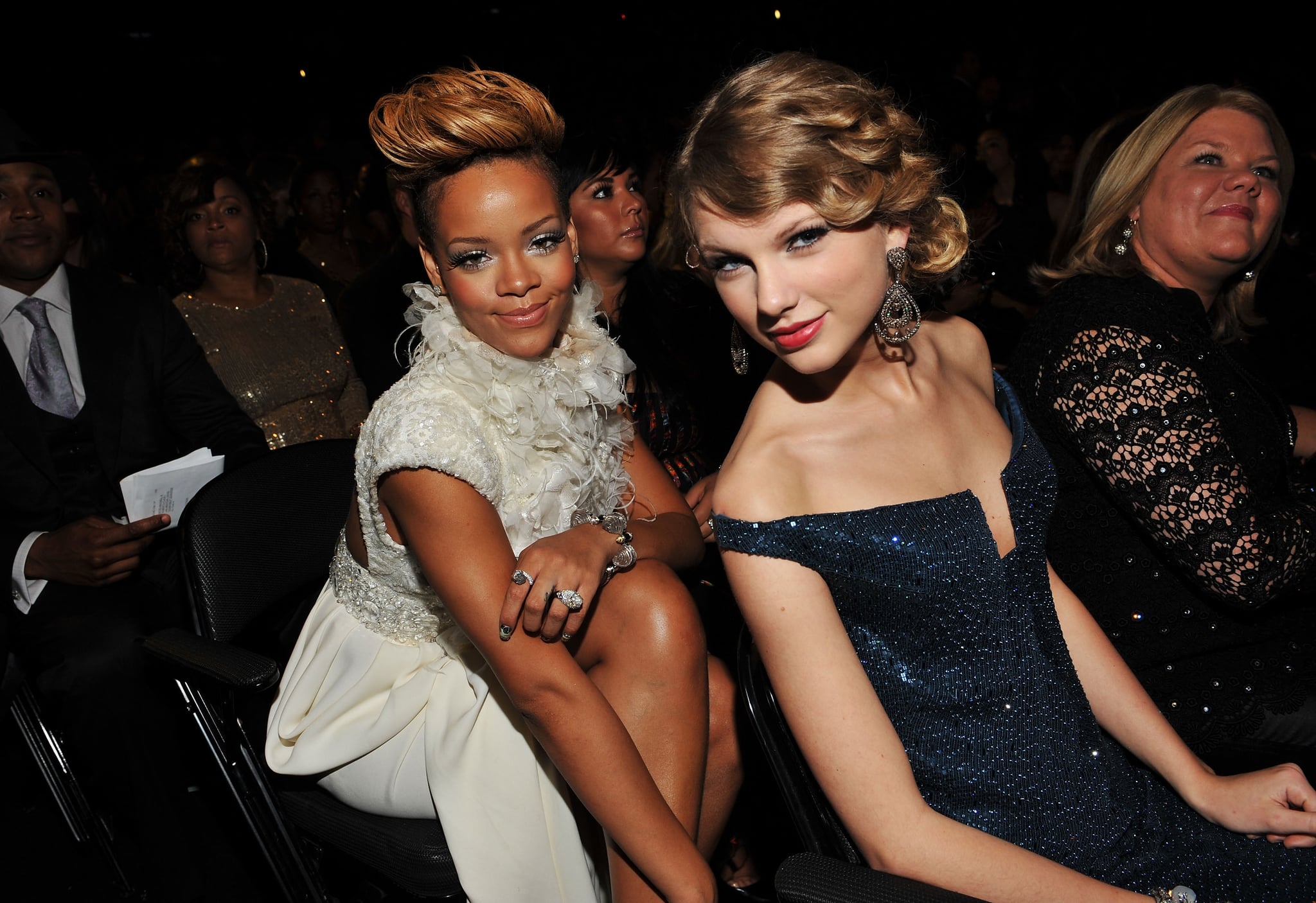 Unfortunately, Rihanna will not be one of the musicians whom Taylor Swift "welcomes to the stage" during her 1989 tour. The singer, who covers the latest issue of NME magazine, opened up about why she doesn't think an onstage collaboration would be a great idea, saying, "I just don't think it makes sense." She added, "I don't think our brands are the same: I don't think they match, I don't think our audiences are the same. In my mind she's a role model, I'm not."

Rihanna has long eschewed the term "role model" when it comes to her public image. In an interview with USA Today back in 2014, she said that she doesn't like to use that word "because people have their own opinion on what that means to them," adding, "I'm not perfect. I'm not trying to sell that." While we totally understand Rihanna's reasons for not wanting to join Taylor on stage, we have to admit that a mashup of "B*tch Better Have My Money" and "Bad Blood" would be pretty amazing.