In the trailer for the adaptation of On the Road, a handful of young Hollywood actors take on the characters of Jack Kerouac's iconic novel. Chief among them are Kristen Stewart as Marylou, the teenage wife of the freewheeling and charismatic Dean Moriarty (Garrett Hedlund). He's admired by the narrator Sal Paradise (newcomer Sam Riley), who charts his meeting and road-tripping with Moriarty and an array of other colorful characters played by the likes of Kirsten Dunst, Elisabeth Moss, Viggo Mortensen, and Tom Sturridge. 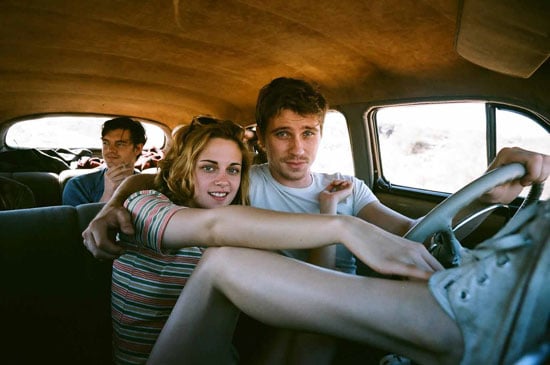 Though Stewart doesn't say a single line in this trailer, I'm curious to see her as a young woman mixed up with the beatnik crowd (and dancing her brains out, apparently). But since the glimpses of the characters are so quick, I don't feel like I have a good feel for whether this movie will live up to its source material (the overwrought narration from a gravelly voiced Riley doesn't help, either). To judge for yourself and get your first look at On the Road, just keep reading.