Rob Brydon, Ruth Jones and James Corden teamed up to launch the Gavin And Stacey series two DVD at Oxford Street in London yesterday. Sadly they were without James' best mate Mathew Horne and his onscreen wife Joanna Page who play the couple at the forefront of the series, but I'm sure the fans that turned out were thrilled with the triplet that showed. Series two is out now, and it's actually showing on BBC1 for the first time from next Friday, Nov 21 at 9.30pm, so set your SkyPlus boxes to record the hilarious and adorable series now! 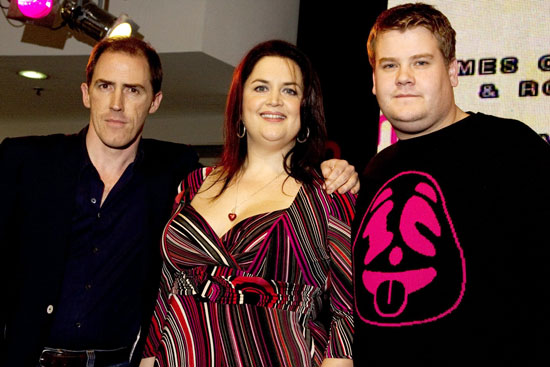