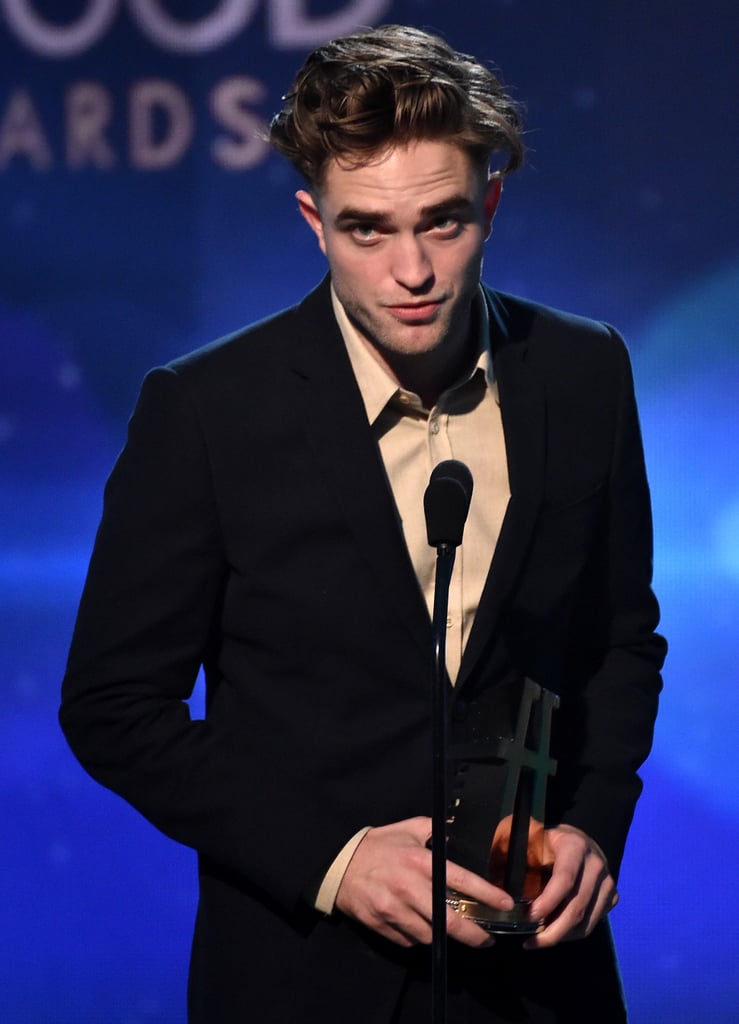 Robert Pattinson popped up on the stage at the Hollywood Film Awards in LA on Friday night, giving us a better look at the hot new hipster haircut he debuted last night at the Go Go Gala. Rob is being honored with a big award during the ceremony tonight, which has also brought out his ex-girlfriend and former Twilight costar, Kristen Stewart. Rob showed up solo despite being spotted out and about with his new love, singer FKA Twigs, earlier this week in NYC; Robert and FKA have been traveling the world together over the past couple of months, popping up in Paris, Brussels, and Toronto, where the actor was working on a new project, Idol's Eye. Keep reading for more photos of Rob's night at the Hollywood Film Awards.