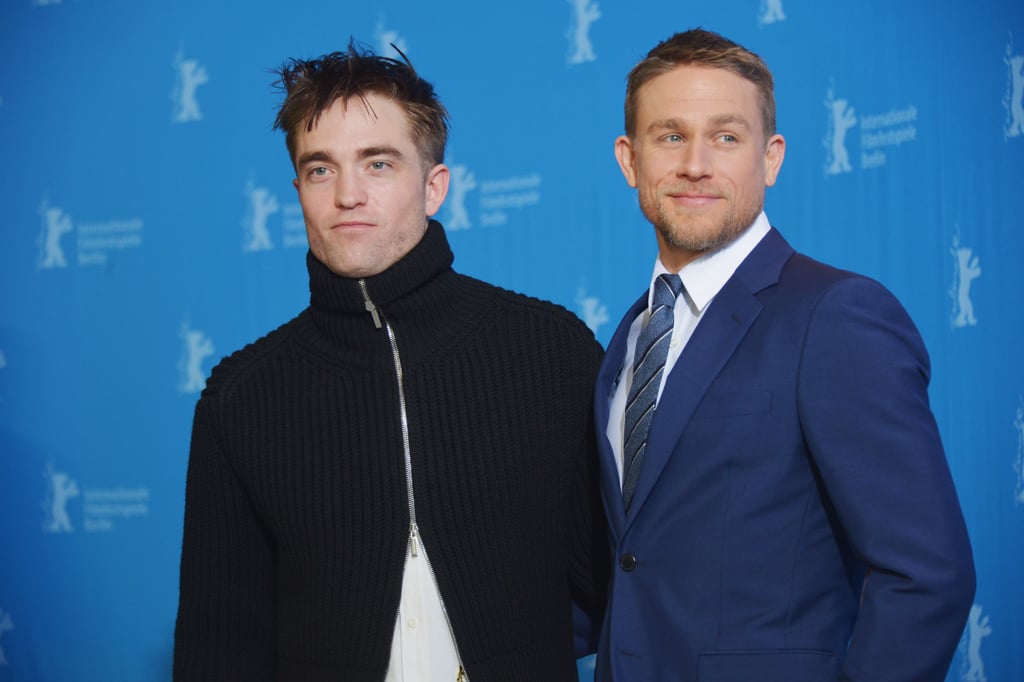 Robert Pattinson and Charlie Hunnam are both pretty hot on their own, but together? Call the fire department. The sexy duo attended a photo call and panel for their new film, The Lost City of Z, as a part of the 67th annual Berlinale International Film Festival in Berlin on Tuesday. They joined costar Sienna Miller while posing for photos, and shared a few laughs with each other. Later on, they hit the red carpet with director James Gray for the film's premiere, where we're sure they had tongues wagging. Keep reading to see more photos, and be sure to check Donald Trump's Twitter account just in case he has any thoughts on what Robert is up to now.

Related:
Robert Pattinson Steps Out Without FKA Twigs, but Still Has Sienna Miller by His Side
Previous Next Start Slideshow
Charlie HunnamEye CandyThe Lost City Of ZRobert PattinsonRed Carpet