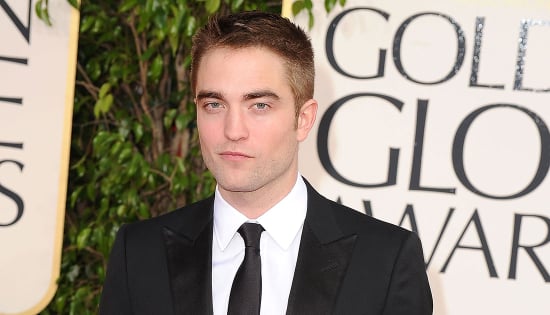 After months of speculation and rumors, Robert Pattinson has been confirmed as the new face of Dior Homme. The luxury fashion house released a statement announcing Rob's new role and confirming that a television ad will run exclusively in Europe (except in the UK) and Asia (except for China and Japan). The print campaign was photographed by Nan Goldin and the TV spot was filmed by Romain Gavras. No further details about the campaign have been revealed, but Rob is in good company at Dior — Jude Law, Charlize Theron, and Natalie Portman have all worked for the brand's various fragrance campaigns.

Aside from his first fragrance foray, Rob has been keeping busy with several new film projects. He wrapped up filming in the Spring for The Rover, which is slated to hit theaters later this year, and he is expected to start work on at least two new movies, including Map of the Stars and Queen of the Desert. Robert has also been finding time to relax. He recently hooked up with friend Katy Perry for a Björk concert in Hollywood.