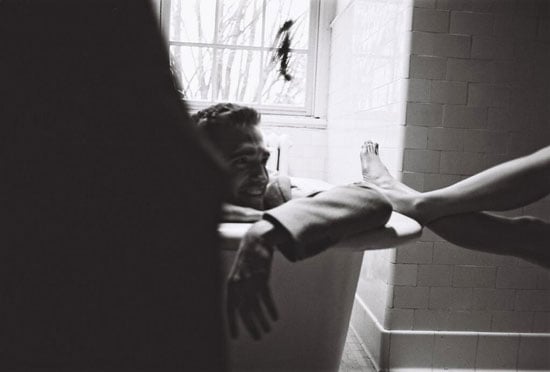 Dior shared a sneak peek of Robert Pattinson's new ad campaign for Dior Homme yesterday. The ad features a smiling Rob, who is sitting in a bathtub while fully clothed and chatting with a woman, whose bare legs are draped over the side of the tub. The new spot, which is being described by fashion editors as a "minimovie," will have a TV run in Europe (except the UK) and Asia (except for China and Japan). Sneak peeks of Rob's new Dior ads were revealed last month when members of the fashion press in Europe were given glimpses of the campaign. So far, the fashion house has only released one official print Dior Homme ad, which features a brooding Rob staring directly at the camera while wearing a sweater.