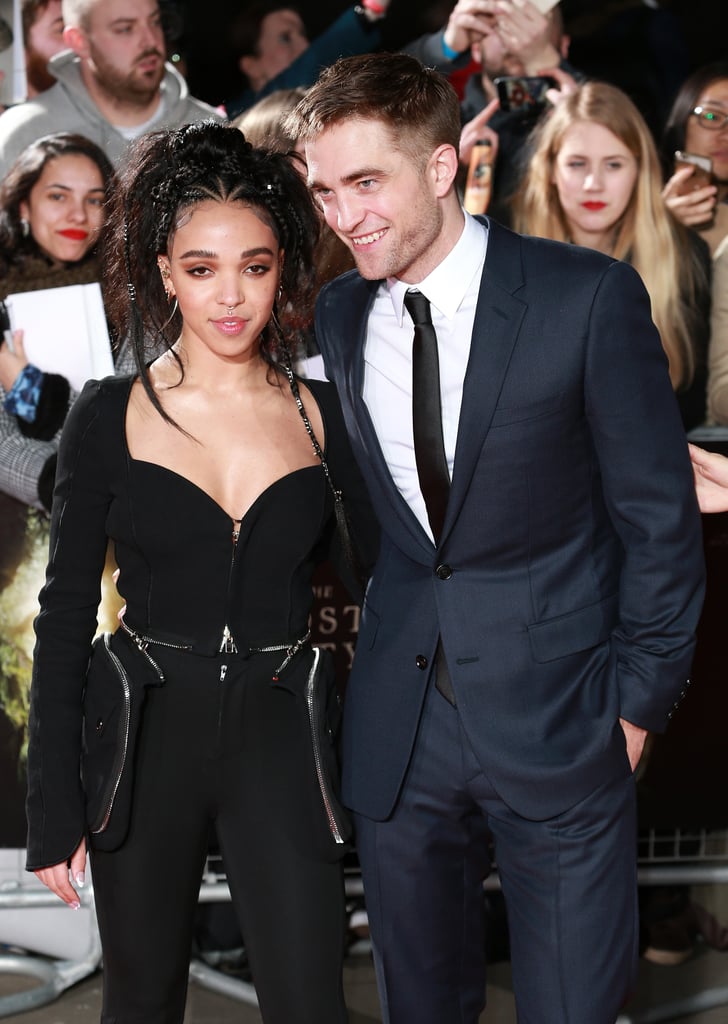 Robert Pattinson and FKA Twigs hit the red carpet together for the London premiere of his new film The Lost City of Z on Thursday. The engaged couple looked stylish as they posed for photos — Robert cut a suave figure in a blue suit while Twigs rocked a black zippered jumpsuit — before Rob linked up with his costars Sienna Miller, Tom Holland, and Charlie Hunnam, who also wore a blue suit for the occasion. It's been a while since we've seen Rob and Twigs in an official capacity — they last attended the Dance Project Gala together in December — but we did catch them on a romantic date night in London just last week.