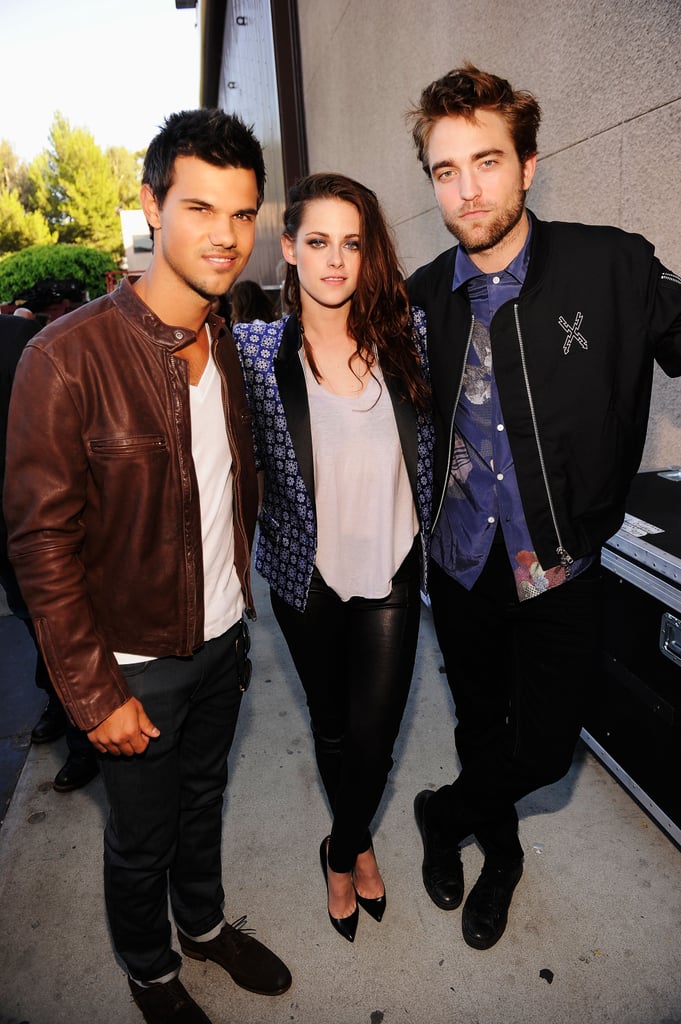 Robert Pattinson, Kristen Stewart, and Taylor Lautner took the stage at the Teen Choice Awards in LA last night to accept the ultimate choice prize for Breaking Dawn Part 1. The show dedicated a special segment to the film series, and presenter Zachary Levi gave a shout-out to Twilight already having won 41 Teen Choice Awards over the years. Both Kristen and Taylor thanked the fans for their unwavering support, and Robert, who was afraid of just repeating what the others said, managed to top them both — he passed his surfboard into the crowd! A group of excited girls latched on to accept Rob's board.