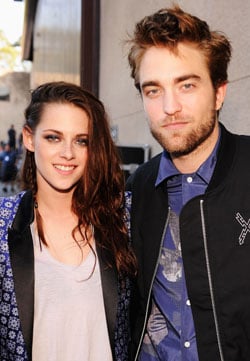 According to People, Robert Pattinson has moved out of the LA house he shared with Kristen Stewart. He's reportedly staying with a close business friend after news of Kristen's affair with her Snow White and the Huntsman director, Rupert Sanders, became public on Tuesday.

Sources tell us that Kristen has also apparently left the home as of yesterday. She and Rupert both released statements apologizing for their actions, though Rob has yet to speak out about the issue.

To hear how Rob is doing and get the latest on Kristen just read more.