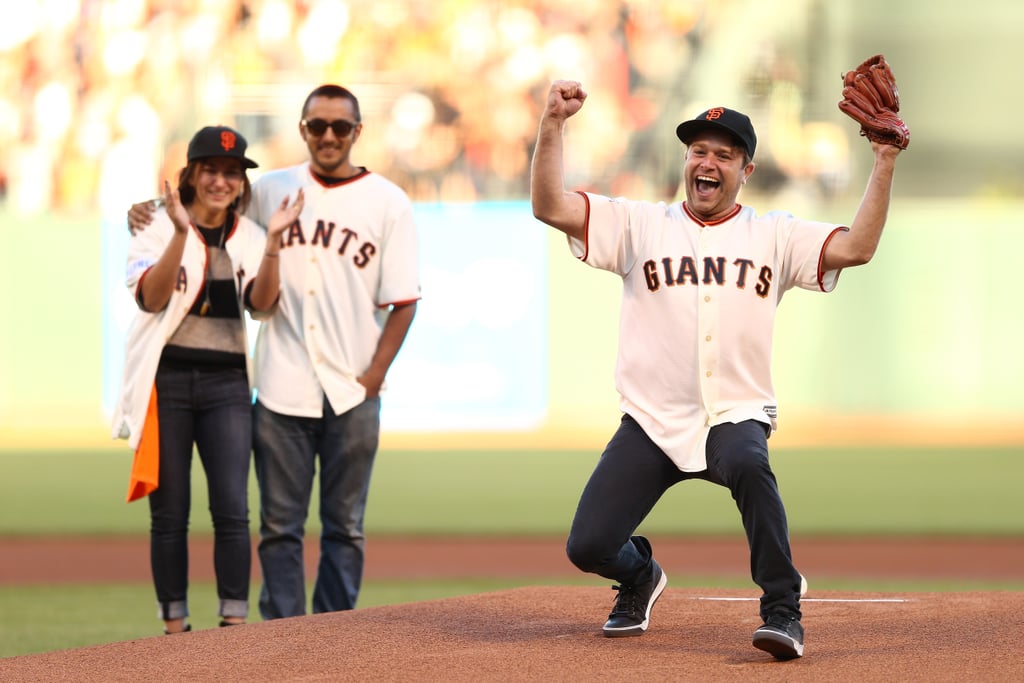 More than two months after Robin Williams's death, the actor's family is keeping his memory alive with the help of Billy Crystal and Robin's favourite baseball team, the San Francisco Giants. Before game five of the World Series kicked off on Sunday, Robin's son Zak Williams threw out the first pitch. The bittersweet moments started after Zak, who bears a strong resemblance to his dad, made his way to the field and locked eyes with his dad's friend Billy, who took on the role of catcher. The 31-year-old lit up with a big smile as his sister, Zelda, and brother, Cody, clad in matching Giants jerseys featuring "Williams" on the back, stood nearby with their arms wrapped around each other.

"We are honoured to be here in support of the tribute to our father, someone who loved his hometown and especially the Giants," the trio said in a statement the team shared on Twitter. "For all of us, it is a tremendous delight and a little surreal to throw out the ceremonial first pitch of a World Series game for our team to our dad's best friend. We could not think of a better way to celebrate his memory. Let's go Giants!" This isn't the first time the family has honoured their dad since his death — most recently, Zelda got a tattoo of a hummingbird and Robin's birthdate. Scroll through to see the Williams family's sweet moments at the game.