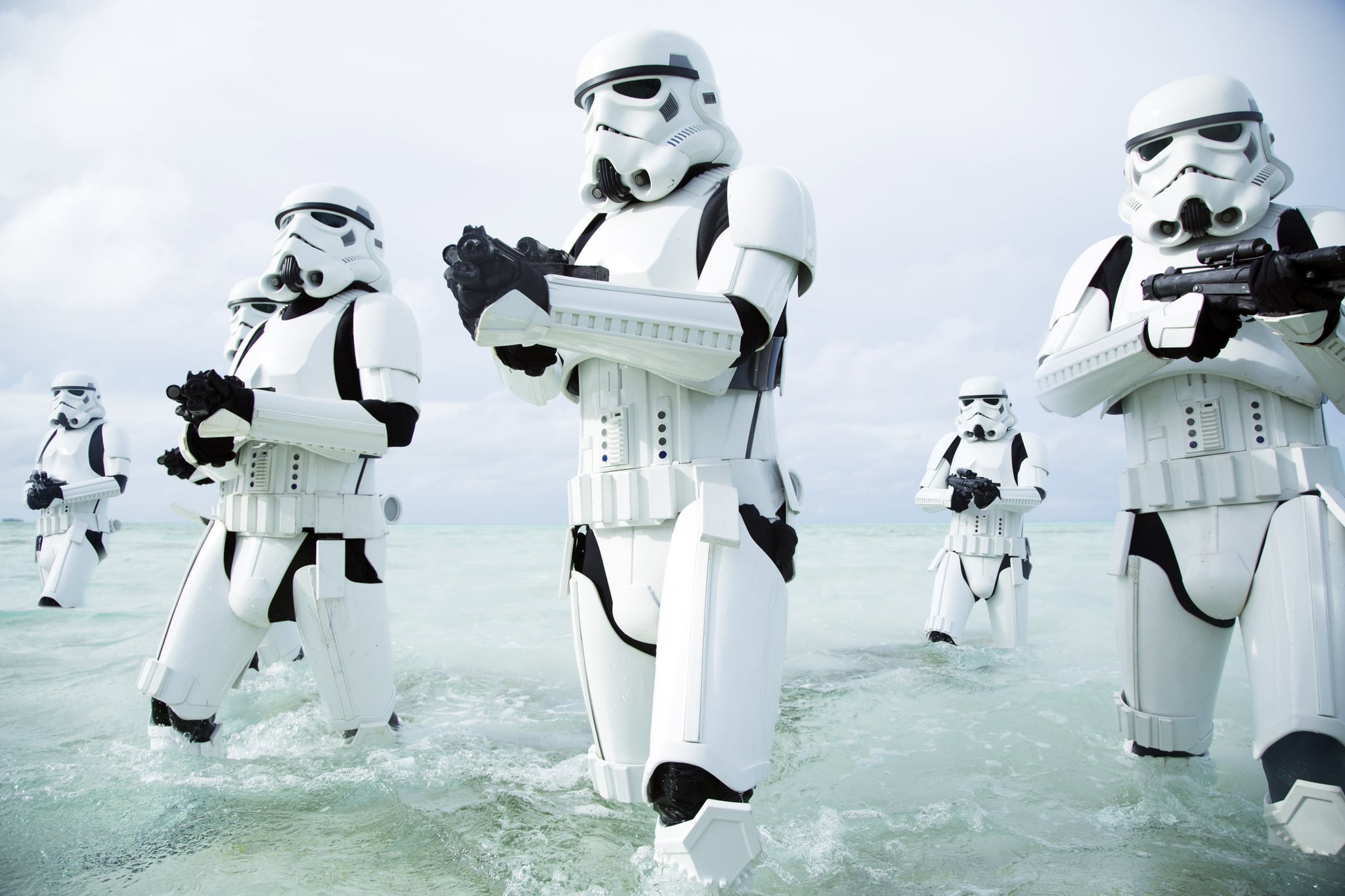 Rogue One may be the newest film in the Star Wars canon, but when you consider the film's setting, it's also one of the most vital. Positioned as a prequel to Episode IV, Episode V, and Episode VI, this film sets the stage for the story arc of the original series. This begs the obvious question: where does the film end up? For those of you who can't wait to see the film and those of you who are thinking about skipping it, we're breaking down all the major plot points of the film's epic final sequence. Strap in; this is more intense than light speed.

Here's how it goes down: Jyn Erso (Felicity Jones) sneaks to the planet Scarif with about a dozen or so volunteers from the Rebel Alliance. Their objective is to steal the Death Star plans, which will enable them to find the weapon's fatal flaw and destroy it for good. The plan is pretty simple: Jyn and Captain Cassian (Diego Luna) will disguise themselves as agents of the Empire, infiltrate the satellite tower, and find a way to get the plans back to their base. Everyone else has one job: create a huge diversion in the form of a large-scale attack, and hold off the Stormtroopers long enough for Jyn and Cassian to complete their mission. 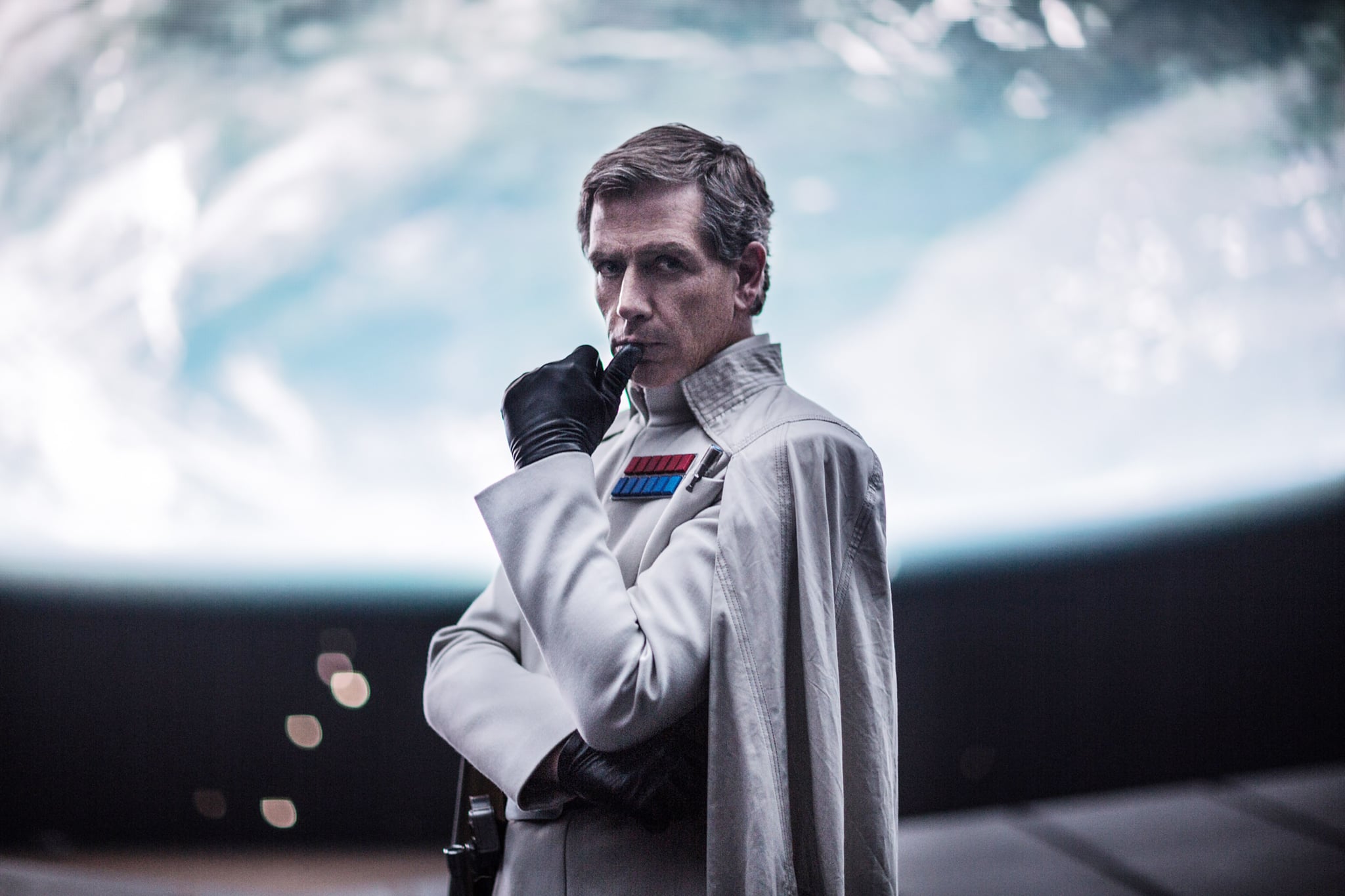 Meanwhile, Orson Krennic (Ben Mendelsohn) has come to Scarif to pull all of Galen Erso's communications transmissions. Galen has been the principle Death Star engineer and admits he betrayed the Empire. So when the attack hits, Orson is there to spring into action. While the bulk of our main squad — Chirrut Imwe (Donnie Yen), Bodhi Rook (Riz Ahmed), and Baze Malbus (Wen Jiang) — holds off the Empire's forces on the ground, Orson goes after Jyn and Cassian. Although Orson lands a shot on Cassian, Jyn manages to grab the data block that holds the plans and scale the satellite tower to the top.

Now, in order for Jyn to transfer the Death Star data, the Rebel fighters in space need to destroy the planet's shield (which they do), and Bodhi needs to establish a communication line with the Rebel ships (which he does). Jyn aligns the satellite, but before she can make the transfer, Orson finds her. Luckily for Jyn, Cassian has caught up too. He puts Orson out of commission, and they send the Death Star plans up to the ship. At that moment, the Death Star has arrived, and it shoots its deadly laser. Scarif's death is imminent, and pretty much the entire cast of Rogue One dies. Bodhi's ship blows up thanks to a Stormtrooper grenade, Chirrut gets shot down, and Baze dies in a heroic final blaze of glory. Jyn and Cassian die with Scarif; the blast of the dying planet vaporises them. 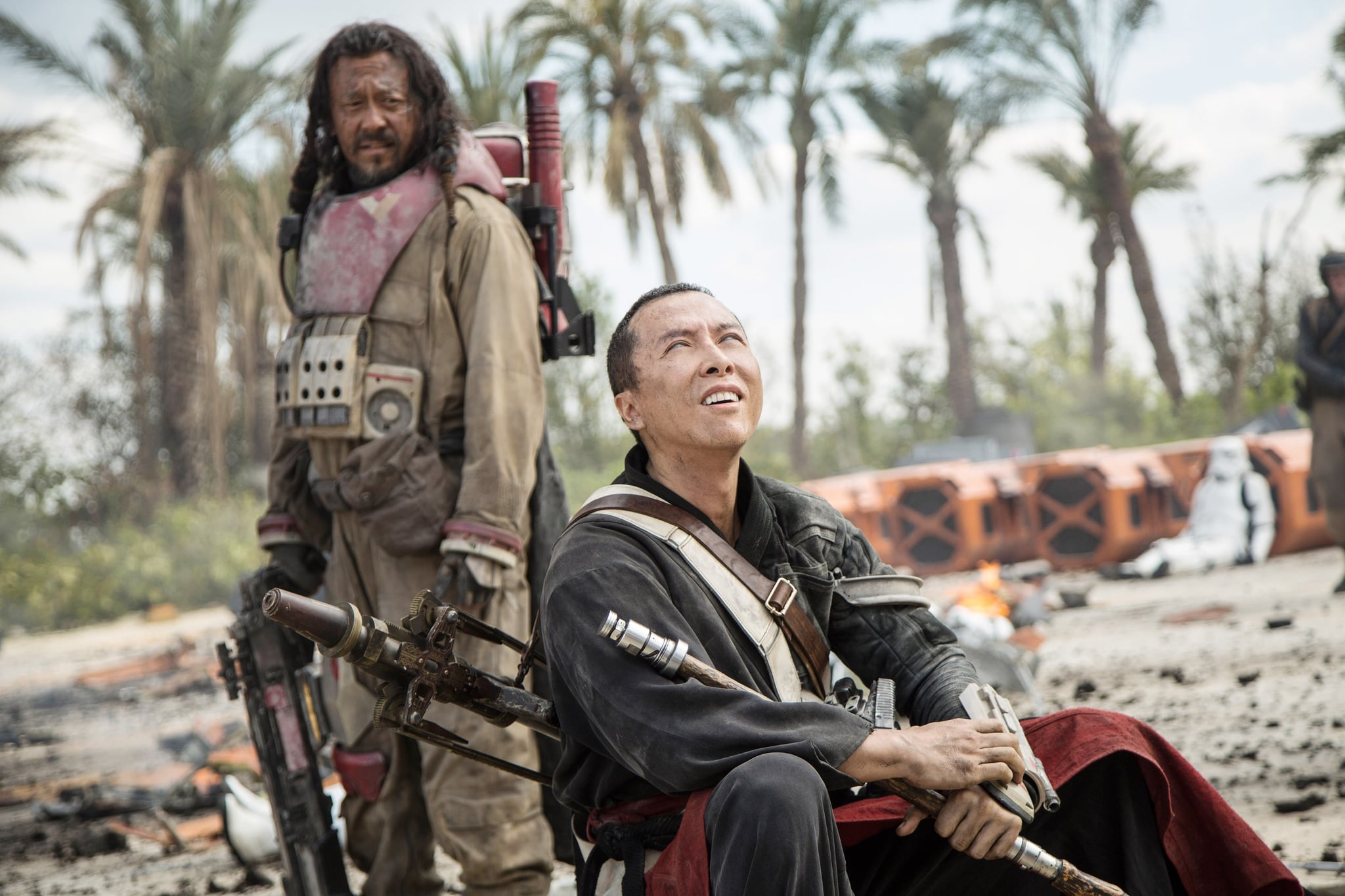 The Rebels receive the data for the Death Star, load it onto a small data card, and attempt to send it off on a spaceship, back to Rebel headquarters. Unwilling to accept defeat, Darth Vader pursues the insurgent forces himself. He walks on the ship in all his lightsaber glory. He throws the Rebel troops around, but the ship escapes his grasp at the last second. One soldier has managed to hold on to the data card, which he passes on to, yep, the one and only Princess Leia! And that's that. We're all primed and ready to go into Episode IV: A New Hope.