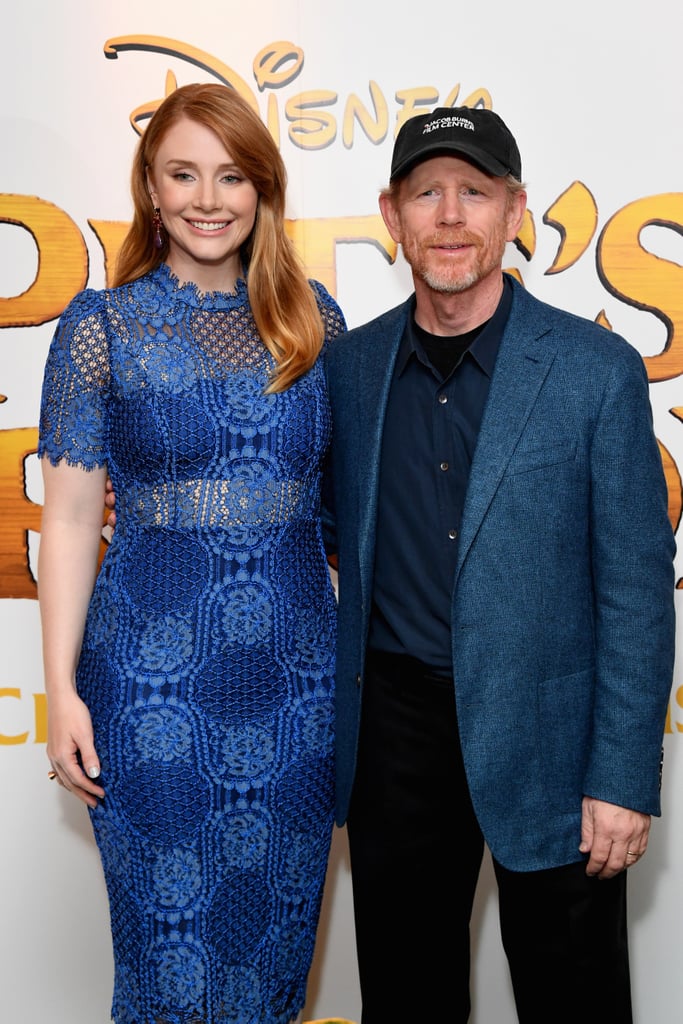 Bryce Dallas Howard brought her dad, actor and director Ron Howard, as her date to the UK premiere of Pete's Dragon in London on Sunday. The duo walked the red carpet together at the Ham Yard Hotel and posed for photos before heading inside for the screening of Disney's new live-action movie. The fantasy adventure film is a remake of the 1977 version, and features Bryce as a forest ranger who finds a young boy and his mysterious dragon friend. The movie also stars young actor Oakes Fegley, as well as Robert Redford and Wes Bentley.

While Ron is not involved in Pete's Dragon, he looked excited to support 35-year-old Bryce, who made her acting debut as an extra in his 1989 comedy Parenthood. Bryce, who looked gorgeous in a blue lace dress by Alexis Delila, shared a sweet photo of her and her dad at Sunday night's event via Twitter, writing, "Can't get enough of this guy. Never will."