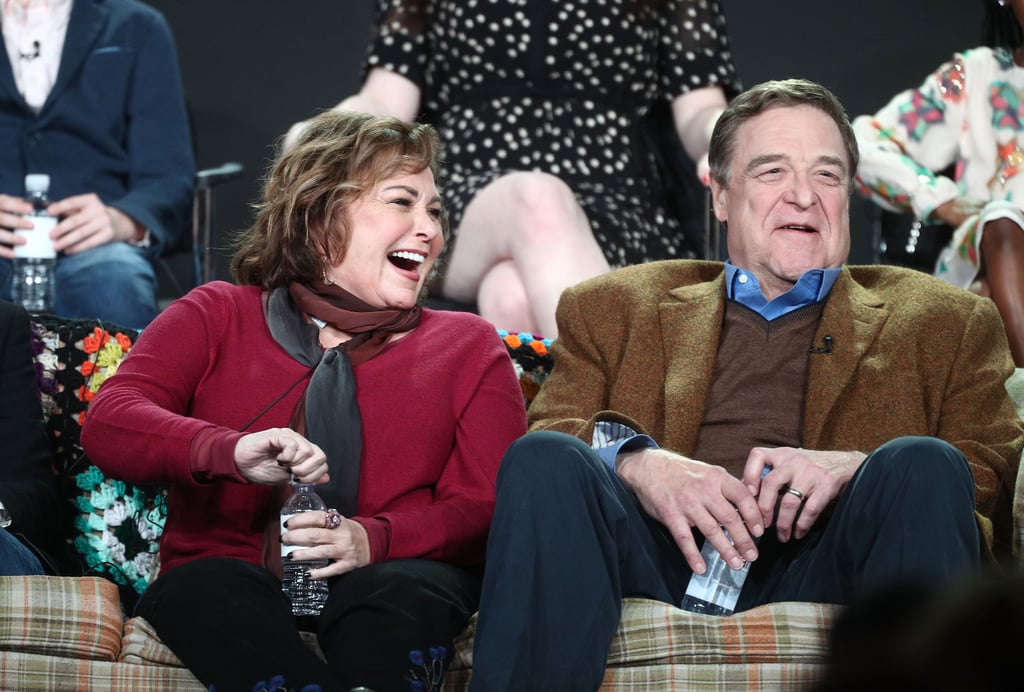 It's been over 20 years since Roseanne came to an end, but Roseanne Barr (Roseanne Conner) and John Goodman (Dan Conner) are still as close as ever. Not only are they both returning for the Roseanne reboot, but in 2012, they also starred together on NBC's Downwardly Mobile. Aside from their professional relationship, John recently told AARP that he and Roseanne "hit it off immediately" when they first met 30 years ago because of their "similar senses of humour." He also said that it "always felt like family when they were working." We certainly can't wait to see Roseanne and John back on the screen together, but in the meantime, take a look at some of their cutest moments.