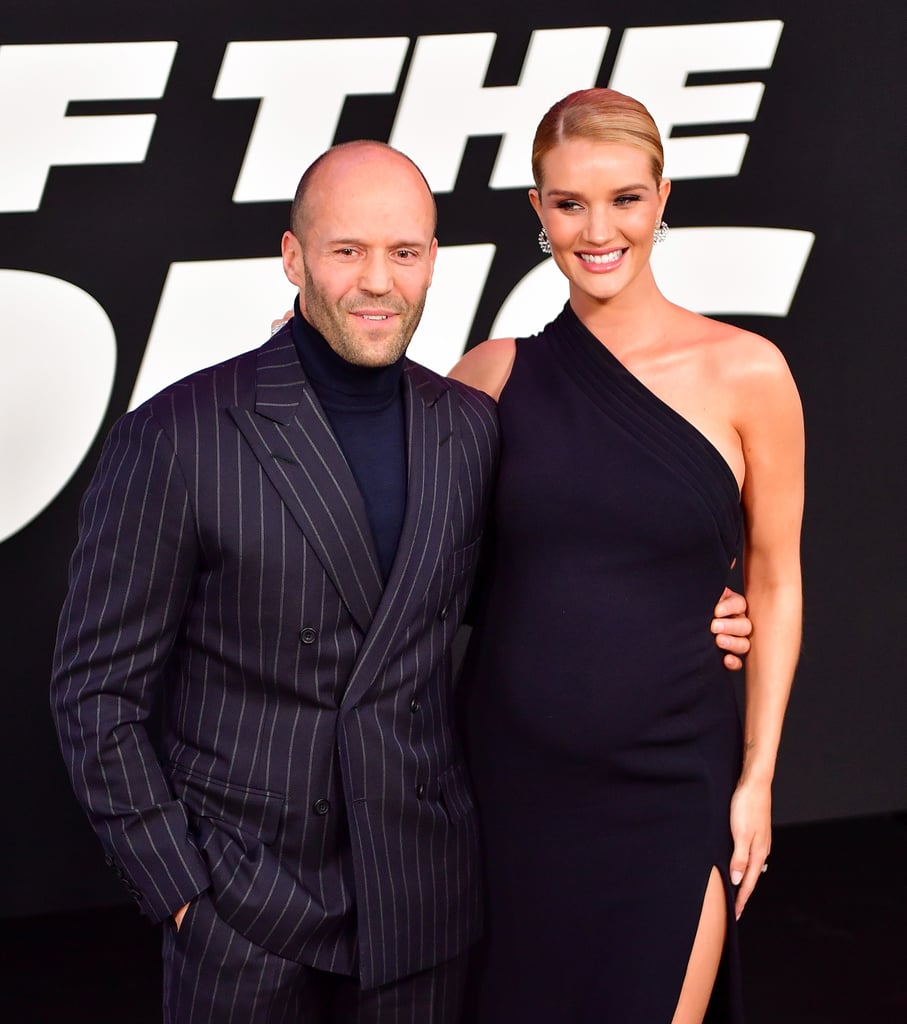 Rosie Huntington-Whiteley made a striking appearance when she stepped out at the NYC premiere of The Fate of the Furious on Saturday night. The Victoria's Secret model, who is currently pregnant with her first child, was on hand to support her other half, Jason Statham, who appears in the film alongside Dwayne Johnson and Vin Diesel. Clad in a sexy thigh-high slit gown, Rosie was practically glowing as she showed off her toned legs and growing belly while posing with Jason on the red carpet.

The last time these two hit up a red carpet together was at Vanity Fair's Oscars afterparty back in February, though Rosie did share a shirtless snap of her man on Instagram a few weeks ago, referring to Jason as her "man crush everyday."