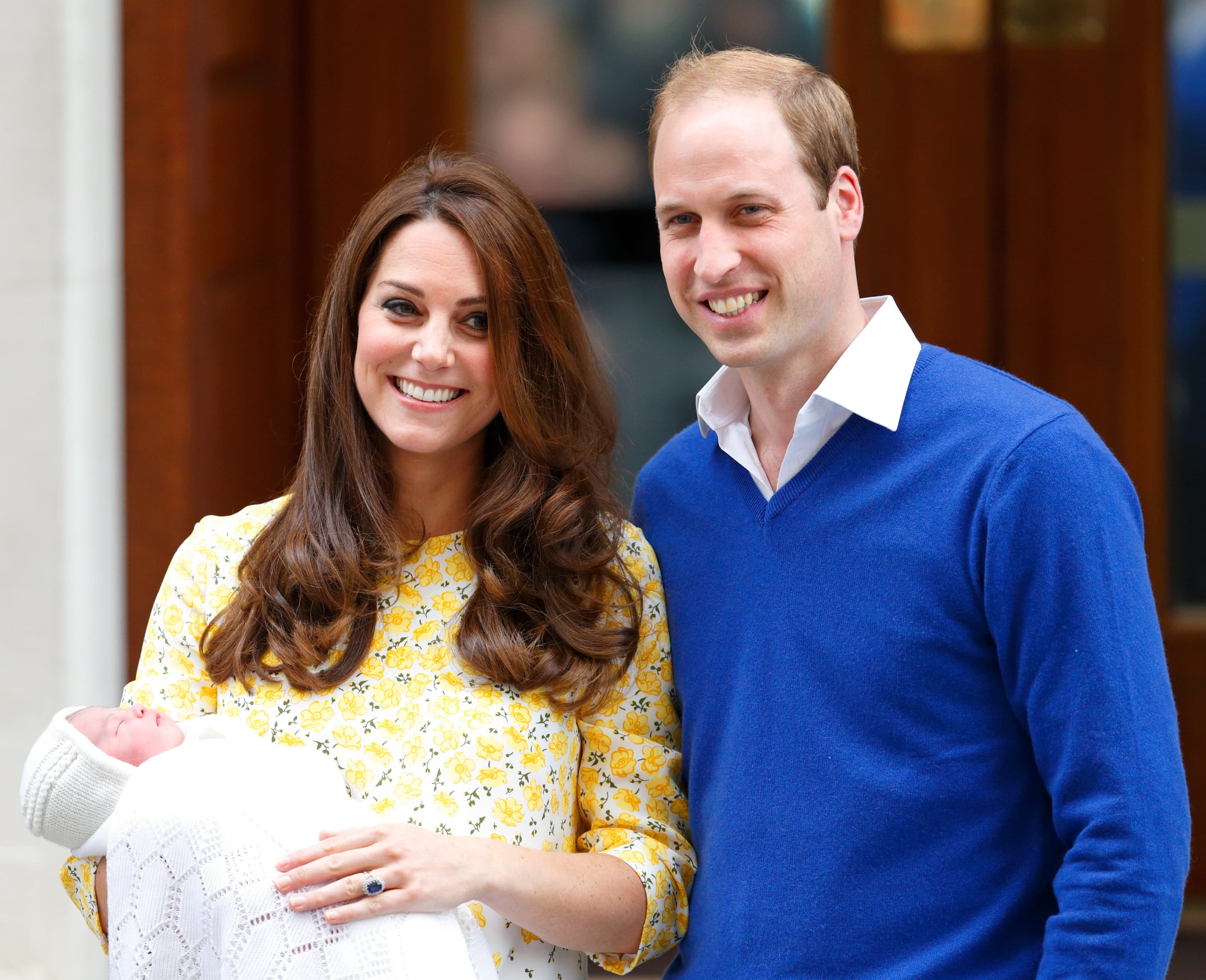 We have a name for Prince William and the Duchess of Cambridge's newborn princess! "The baby will be known as Her Royal Highness Princess Charlotte of Cambridge," Kensington Palace announced on Twitter, and the full name is Charlotte Elizabeth Diana. She will be fourth in line for the throne, just after her older brother, Prince George, and before her uncle Prince Harry.

Baby Charlotte was born on Saturday morning at 8:34 a.m. London time, weighing 8 lb. 3 oz. We got our first glimpse of her later that day with her adoring parents in front of the Lindo Wing at St. Mary's Hospital. Since Kate's pregnancy was announced last year, Brits had been betting on names for the second royal baby; according to English betting house Ladbrokes, the most bet-upon names for girls included Alice, Elizabeth, Charlotte, Alexandra, and Victoria.