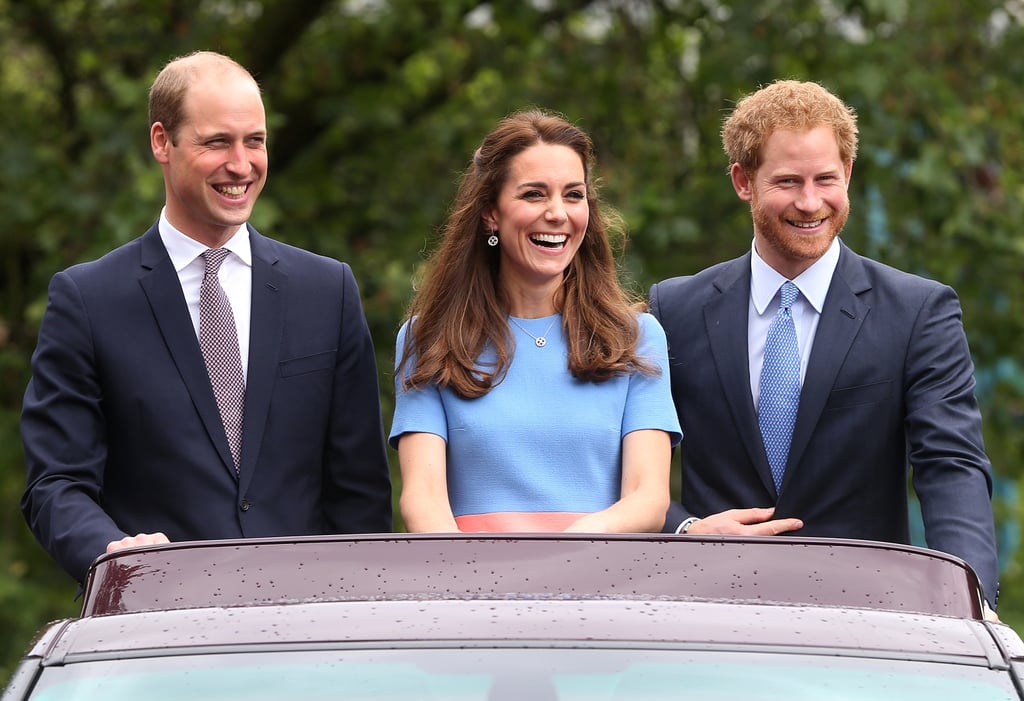 All eyes were on the royal family when they arrived at The Patron's Lunch for the queen's 90th birthday in London on Sunday. Clad in a blue colorblock Roksanda dress, the Duchess of Cambridge waved to guests as she travelled down The Mall and around St. James's Park in an open-top Range Rover with Prince William and Prince Harry by her side. Leading the parade were Queen Elizabeth II and Prince Philip, who appeared to be in good spirits, smiling and waving to the 10,000 guests in attendance. During the picnic lunch — which also marked the queen's 63 years of reign — the royals met with representatives of some of her 626 charities and patronages.

Kate and Will's outing comes at the tail end of a jam-packed week for the couple. After attending a national service of thanksgiving at St. Paul's Cathedral for the queen on Friday, they popped up at the Trooping the Colour parade, where they were completely outshone by their two adorable children, Prince George and Princess Charlotte. Find out what else is in store for the pair in 2016.