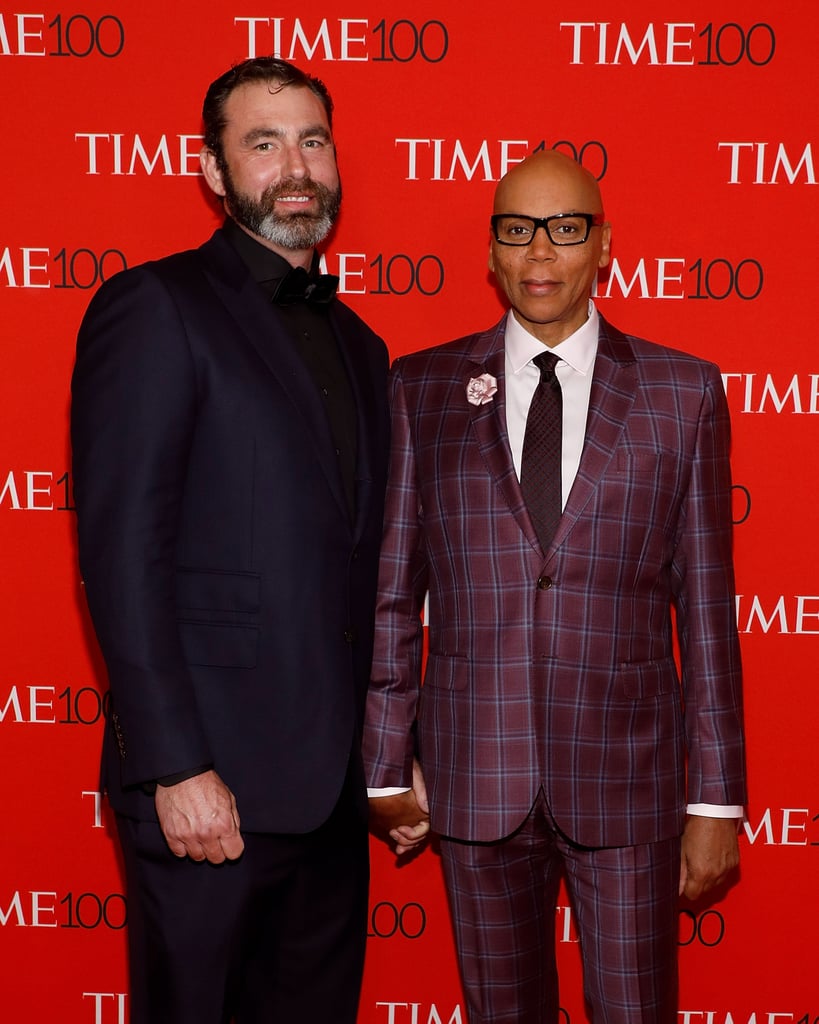 RuPaul was honoured with a spot on Time's Most Influential People of 2017 list and attended the annual gala with his new husband, Georges LeBar, in NYC on Tuesday night. The very tall, very handsome couple held hands on the red carpet before making their way inside, where Ru mingled with models Naomi Campbell and Ashley Graham and took his seat beside fellow honourees Megyn Kelly and Leslie Jones. Naomi penned a moving essay about Ru in the Time issue, recalling their first meeting and gushed about his "wit and intelligence," saying, "He's like an encyclopedia. And his beauty is far beyond skin-deep."

RuPaul and Georges secretly tied the knot in January, on the 23rd anniversary of their first meeting. It wasn't until March that Ru revealed the exciting news in an interview and explained their reason for making it official, saying, "What's happening politically right now, you know, you never know what could turn around at this point." Georges owns a 60,000-acre ranch in Wyoming, a place RuPaul visits frequently but calls "the most isolated place on Earth." "I dress up in the most gorgeous Westernwear . . . but nobody cares," he said.