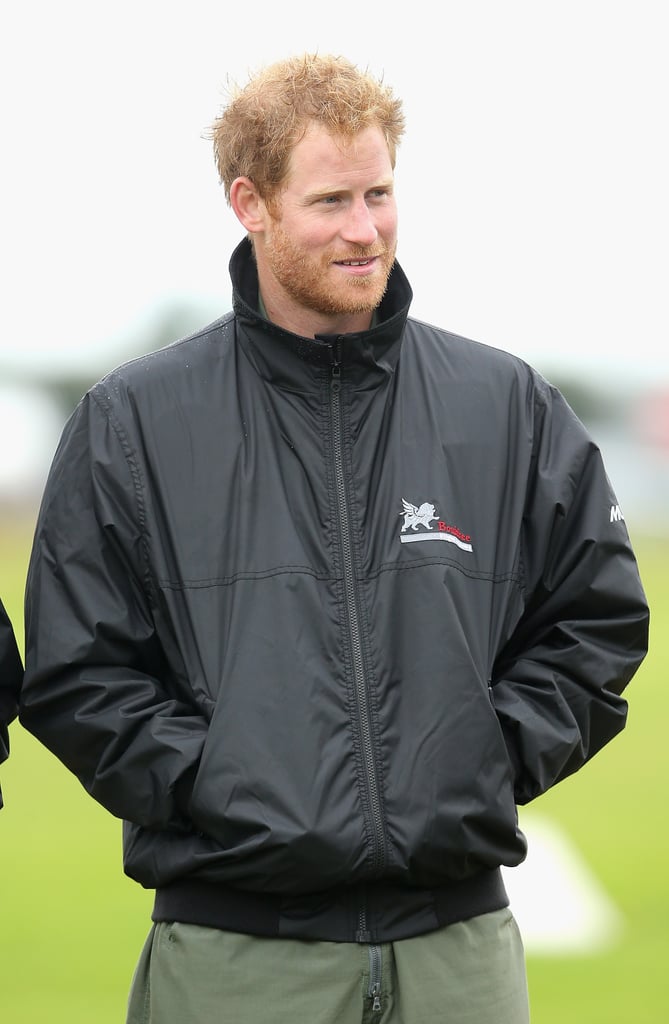 Prince Harry looked ridiculously handsome during his latest outing on Tuesday. The prince took part in an event to commemorate the 75th anniversary of the Battle of Britain, a battle fought predominantly in the air during World War II. Harry, who wore both a black jacket and a flight suit during the outing, also debuted some facial scruff. The prince's day out comes on the heels of his three-month stint in Africa, where he worked on wildlife conservation. Keep reading to see more of Harry's new look, and then check out the ultimate guide to his goofy facial expressions.

The Royals
Meghan Markle Reflects on the Highs and Lows of 2020: "We Found New Ways to Be Close"
by Monica Sisavat 15 hours ago