Johnny Depp took on the work of Hunter S. Thompson in Fear and Loathing in Las Vegas, and he's doing it a second time for The Rum Diary. Though this film is far less trippy than the former, Depp's characters do share a common characteristic: adventures fueled by mind-altering substances. This time it's alcohol, as Depp plays a journalist named Paul Kemp who moves to Puerto Rico in the 1950s for a change of scenery. There, he meets some wacky locals (including Richard Jenkins, Aaron Eckhart, and Giovanni Ribisi), becomes enchanted with an American girl (Amber Heard), and develops a taste for — you guessed it — rum. 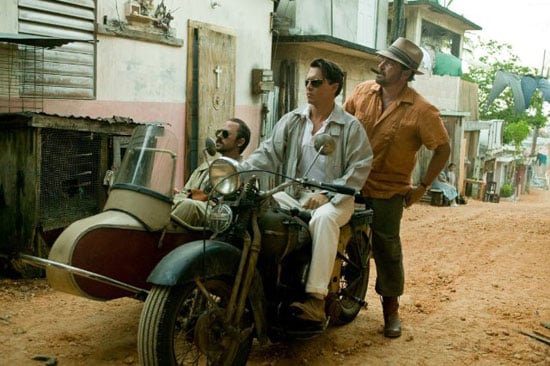 There's a lot of beauty in this trailer: a scenic backdrop, gorgeous costumes, and, of course, the easy-on-the-eyes Depp. Though at times the preview gets a bit silly (there's one double entendre that feels plucked right from a Judd Apatow movie), it could be a light, fun ride — kind of like watching Depp let loose on vacation in a tropical paradise. Check it out when you read more.