We had lots of relationship developments in last night's episode of Brothers & Sisters, with Jason returning to LA, Nora and Isaac's un-chaperoned date, Julia and Tommy's attempts to fix their relationship and Justin and Lena's complicated arrangement. 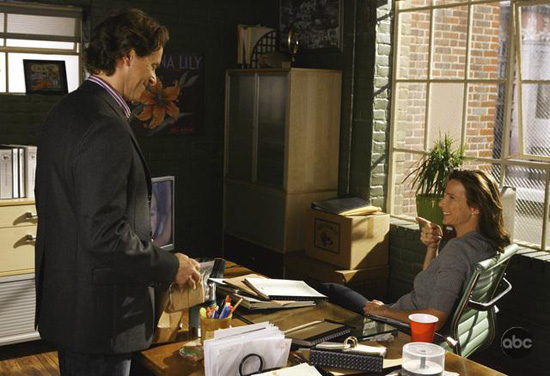 The episode started with Kitty on the phone to Nora, who is stressing because Isaac hasn't called. She turns up at his office to invite him for lunch, but as he's busy he invites her out to dinner. Yay! As she's trying on different dresses with Rebecca's help she delivers one of the best lines of the installment — as she tries on a too-small dress she says "These can't possibly be mine. How much weight can you lose in an hour and a half?". Heh.