Wow, lots happened in last night's episode of Brothers & Sisters. We didn't get any Justin or Tommy news but the rest of the Walkers were busy busy busy. Sarah and Kevin went out drinking while Kitty was playing step-mum to Robert's kids in Michigan and Rebecca was learning more about her mother and maybe-father David. 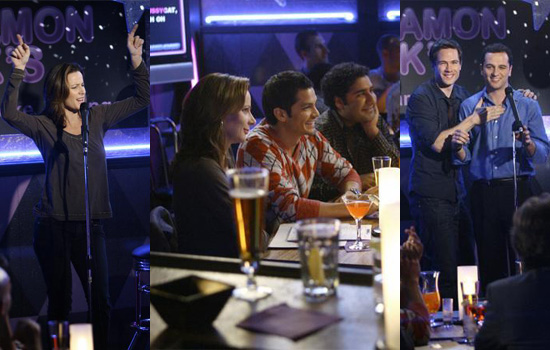 The karaoke bar scenes with Sarah and Kevin are great fun and a big highlight of the episode for me, but I also really enjoyed watching Kitty figure out how to be a step-mum to Robert's kids. There's also a couple of interesting kissy-kissies going on, but more of that later ... 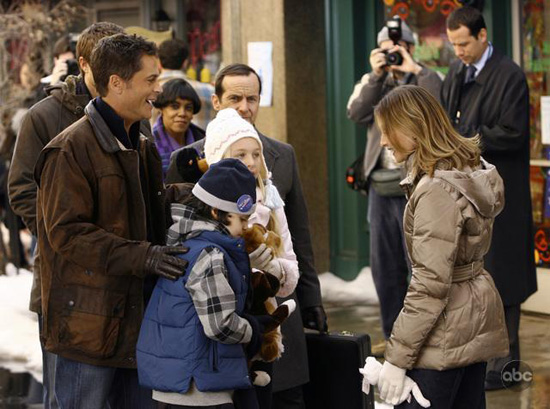 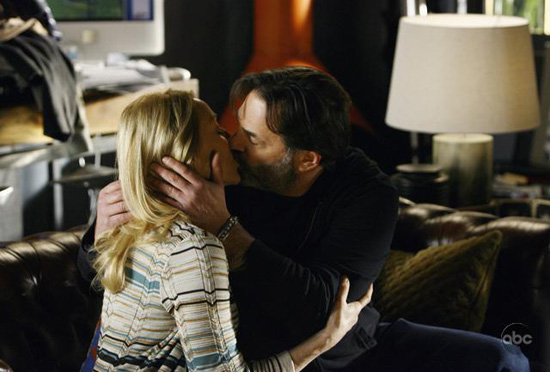