Now we're onto episode 13 of Brothers & Sisters certain storylines are coming to a head, and I'm getting rather excited about the whole Rebecca-paternity-issue. The big bombshell of last night's installment was that Isaac's returning to Washington DC for a Professorship and wants Nora to go with him. 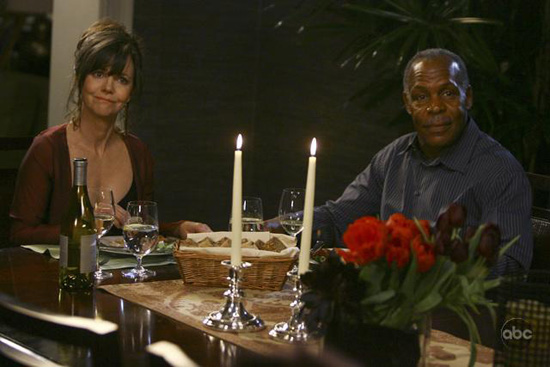 We got straight down to it with a pretty hot and heavy opening last night, with Sarah and Graham making out, and Rebecca and Justin walking in on Holly and David getting frisky on the sofa. In the words of Big Brother twins Sam and Amanda, cringe! After all that heat we got sobered up pretty quickly, when the votes come in and Robert suspends his campaign to become the Republican candidate for President. We then see a longer-haired Robert on our screens "3 months later". 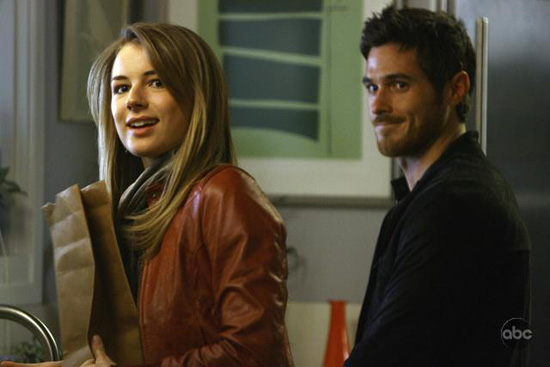 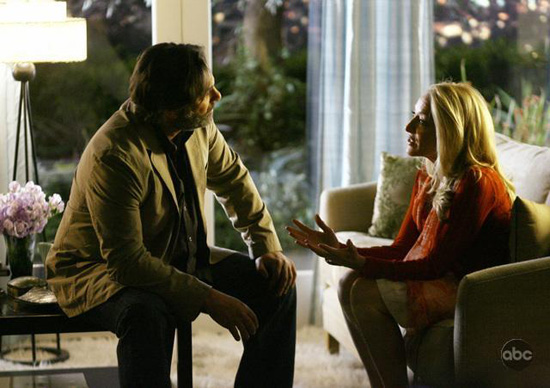