So we're onto the second episode of Brothers & Sisters Series 2, and while it wasn't as jam-packed as last week's opener there was still plenty going on for the Walkers. One of the things I love about this show is how it can make me laugh one minute and cry the next, and this was certainly one of those episodes.

The highlight of last night's episode was Nora, Kevin and Kitty's road trip. Kevin was on top form with his witty one-liners — my favourite has to be when Nora accuses him of driving slowly like somebody's grandmother and he says "somebody's hot grandmother". Heh. Nora and Kitty were hilarious too, with their call to Luther Reeve's radio show. It just got funnier and funnier, with Kevin's implication that Abraham Lincoln was gay almost inciting a Lincoln penny-pelting incident for Robert! 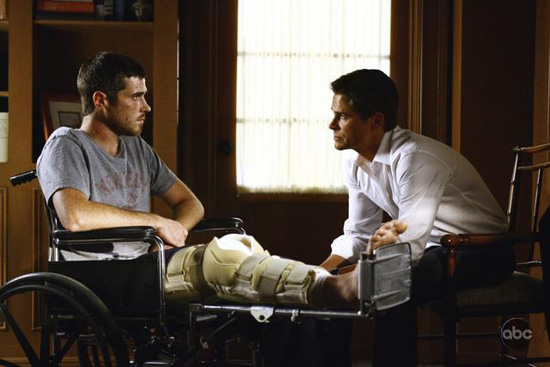