Rather than sibling relationships, episode five of Brothers & Sisters focused on parents and children. Nora's Halloween costume provided some welcome relief to a pretty tense episode — gotta love those googly eyes with the witch's hat! 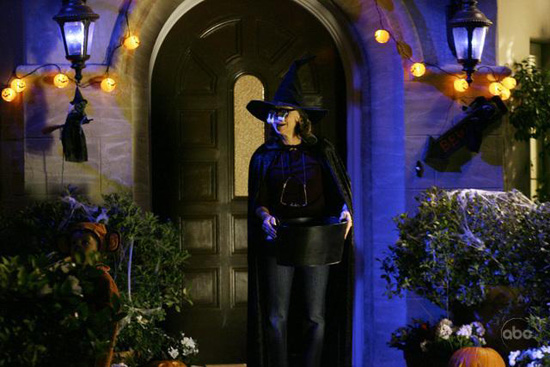 Your favourite Walker siblings Kevin and Justin took a back seat this episode, as the action revolved around (1) Joe and Sarah's battle for custody of Paige and Cooper, and (2) Kitty's shock discovery brought on by a prawn pizza. I don't want to spoil the surprise for those of you who haven't seen it yet, so more on that after the jump ... 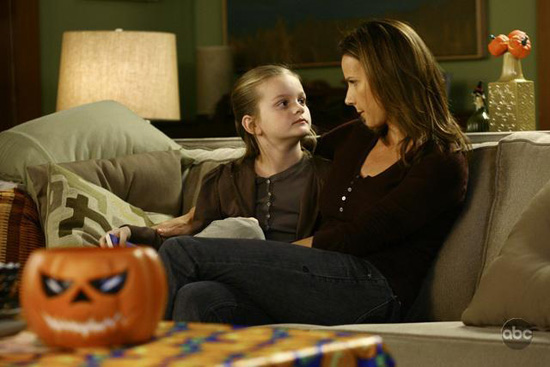