The last few episodes of Brothers & Sisters have been pretty intense, so I was super-pleased that last night's installment had fun and laughs and lots of romance, as well as cameo appearances (Lyle Lovett) and new characters (Steven Weber as Graham). 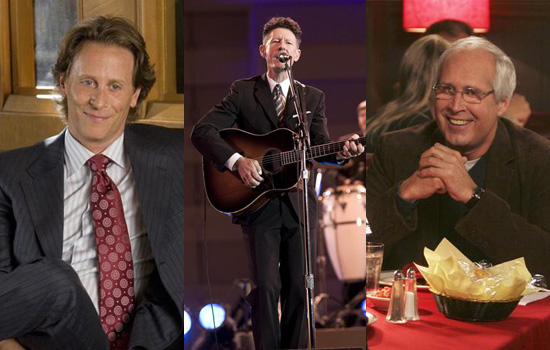 The opening of the episode was a good indication of what was to come, with Nora's five children gathered with her at the house trying to help Kitty decide what song to pick for her and Robert's first dance, with them all talking about what song they lost their virginity to, including Nora (much to Justin's horror)! This leads on to Nora emailing her first love Stan Harris (played by Chevy Chase) to meet for dinner, while all five of her children experience important moments in their romantic relationships. 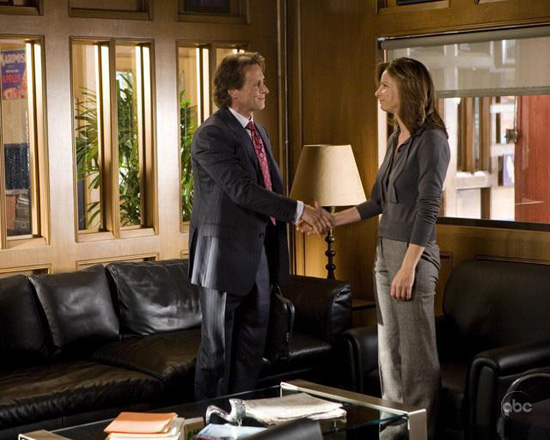 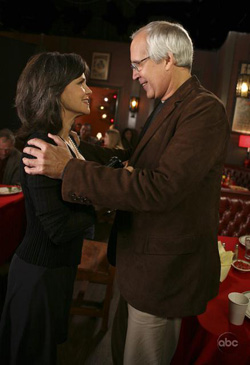 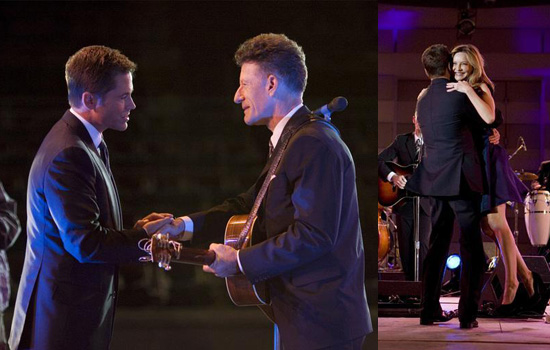