Kitty's big day arrived at last on yesterday's episode of Brothers & Sisters, but as you would expect from the Walkers the wedding day wasn't all plain sailing. A couple of secrets were revealed to even more people, with Robert and Tommy set to face some serious challenges in upcoming episodes, and there was intrigue involving Holly. 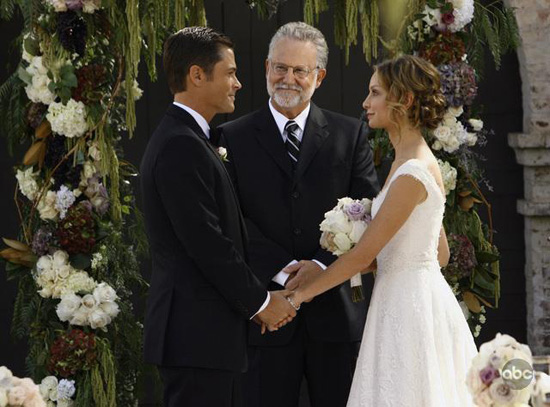 Sarah was dateless at the ceremony (and amusingly annoyed at the lack of eligible bachelors!) but the other single Walkers each encountered problems with their dates. Kevin and Scotty bickered over Jason, Justin learnt the truth about Lena, and Nora was dumped by Stan at the reception following his incarceration alongside Tommy, Justin and Kevin! But more of that later... 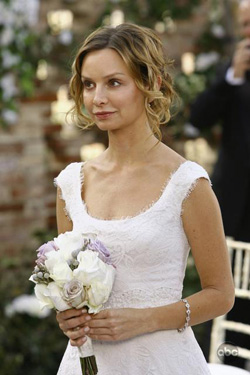 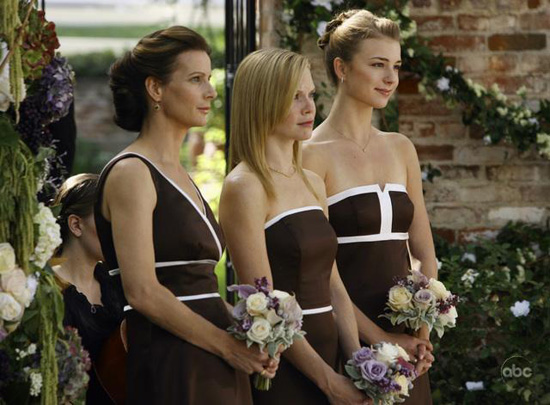 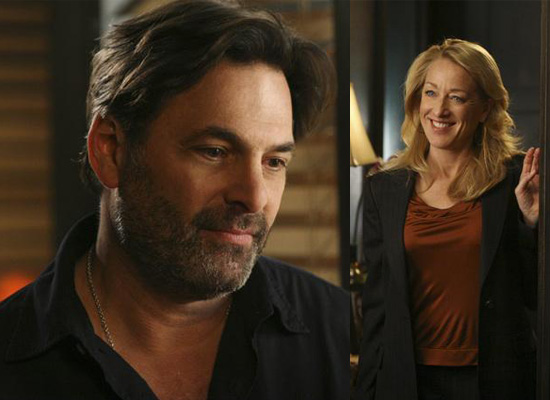