Wow, what a season finale! I laughed, I cried, I was shocked and was seriously left wanting more. Just when I thought there couldn't be any more twists, they throw in another huge one that will surely keep us guessing throughout the next installments of Brothers & Sisters. This has been a great season and I can't wait for the third. 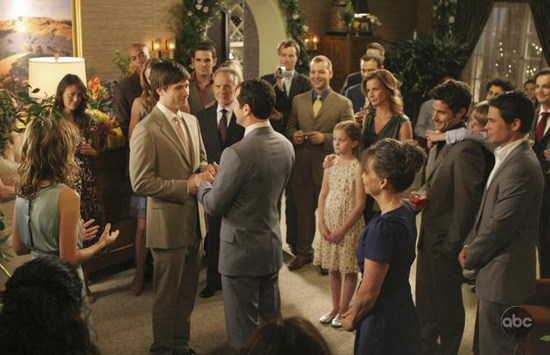 This final episode centred around Kevin and Scotty's commitment ceremony, but it still managed to fit in typical Brothers & Sisters plot devices, from the family meeting of the opening scene to the road trip Kevin and Tommy and Justin took. The Rebecca and Justin storyline reached a dizzying climax and another whopping secret about William was unearthed by Sarah and Kevin. 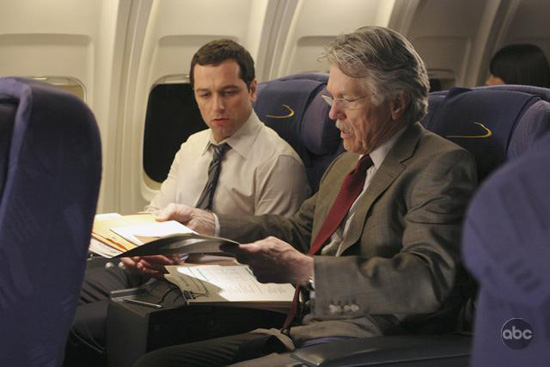 This was an amazing season finale, which totally exceeded my expectations. I'd love to hear your views on this episode and the season as a whole, whether you've just watched it or you're reliving it all over again. If you're already suffering from withdrawal symptoms then fear not: over the next few weeks I'll be asking your views on your favourite storyline and quizzing you on how well you know this season. It may be off our screens, but Brothers and Sisters lives on!