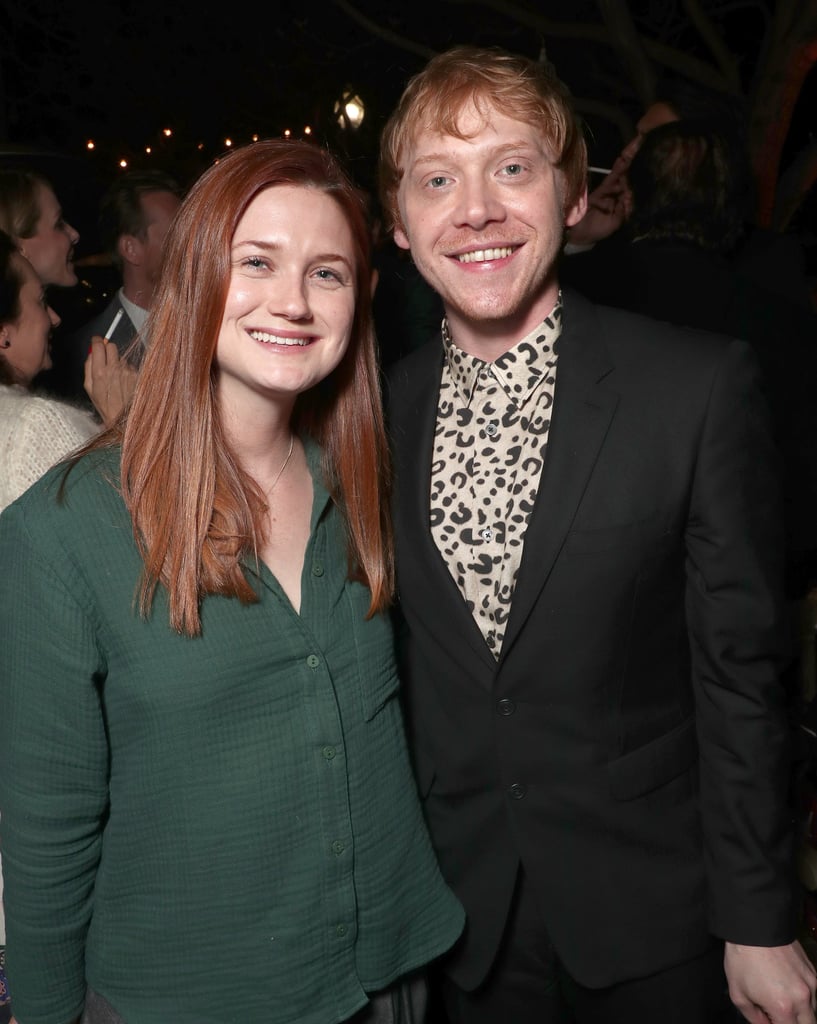 It's been almost six years since the last Harry Potter film hit cinemas, but Rupert Grint, who played Ron Weasley, is still very much attached to his onscreen family. The actor had a mini HP reunion when he attended the LA premiere of his new show, Snatch, at Arclight Cinemas on Thursday night. After hitting the red carpet with his costars (and doing impressions of Salt Bae), Rupert attended the premiere's afterparty where he met up with Bonnie Wright, who played his little sister Ginny Weasley. The two, who also reunited at Universal Studios Orlando's third annual "A Celebration of Harry Potter" in February 2016, were all smiles as they posed for the cameras.

This also isn't the only dose of Harry Potter nostalgia we've received this week. Evanna Lynch, Jason Isaacs, and James and Oliver Phelps (aka Luna Lovegood, Lucius Malfoy, and the Weasley twins) stopped by the Warner Bros. Studio Tour's new Forbidden Forest expansion in Watford on Wednesday. We're assuming the cast has talked about all of this in their WhatsApp group chat . . .