Russell Brand has left our shores again, and was spotted picking up a coffee in LA yesterday. Even though his film has been knocked off the number one spot in the UK box office, his acting career looks set to go from strength to strength, meaning Russell will continue to get even more well-known outside the UK. So with that in mind, I want to know what you all think of the funnyman. While twice as many of you would rather have dirty pirate sex with Russell over Pete Doherty, the majority of you did not like his red carpet look at the Forgetting Sarah Marshall premiere. So let's get this straightened out people: do you think Russell Brand is totally hot, or so not? 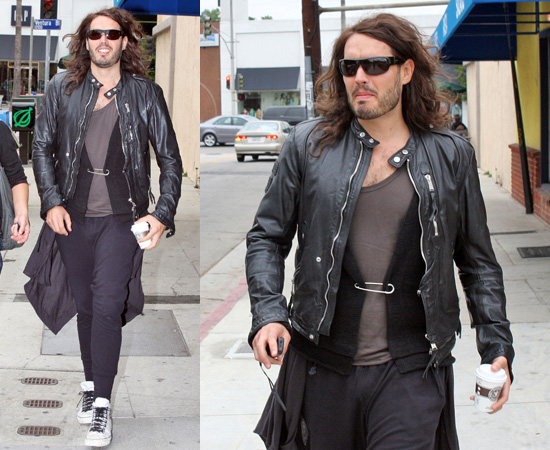