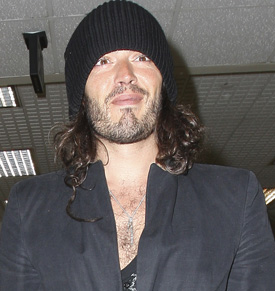 Last year Russell Brand flew over to the US to appear in a new Hollywood movie written by Judd Apatow and Jason Segel.

In Forgetting Sarah Marshall, Russell plays a tragically hip British rocker named Aldous(!) who is with Segel's TV star ex-girlfriend. It also stars Paul Rudd, Jonah Hill, Kristen Bell and Mila Kunis. So what do you think about Russell acting rather than presenting? The film will be out on the 25th April in the UK, to see the trailer, just read more