Russell Brand was at the ITV studios to film Loose Women yesterday, wearing a big comfy cardigan as he chatted on his phone outside. He gave Carol McGiffin a kiss on the lips, and then sat down and discussed his wedding and life after it. Katy Perry performed at the Victoria's Secret fashion show earlier this week, and she was wearing a gorgeous purple dress to attend the launch of her new perfume "Purr" at Selfridges today. Here's what Russell had to say about his life with Katy: 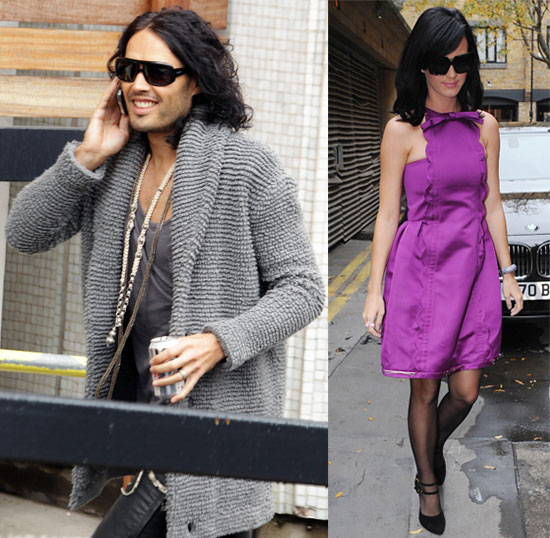 To see more pics of Russell and Katy and read more of what Russell said, just read more.