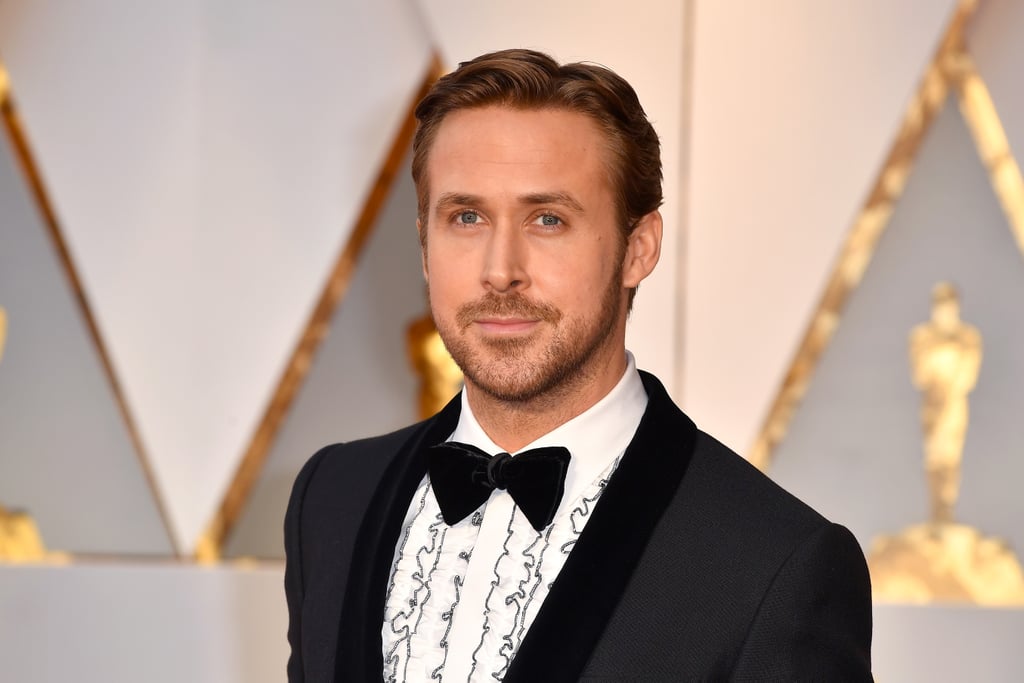 After weeks spent wondering whether or not Ryan Gosling and Eva Mendes would attend the Oscars together, we finally got our answer on Sunday night when the La La Land star showed up . . . alone. Ryan still looked as hot as ever during his solo outing, wearing a black tuxedo with a retro ruffled shirt.

Ryan has gone stag to all of the major award shows and La La Land premieres this year, so we were really hoping to see the two arm in arm at the last award show of the season — but it seems as though Eva might be more comfortable watching her man from home (the couple have been dating since 2011 and have two daughters together, Esmeralda and Amada). At least we'll get to see a lot of Ryan with his costar Emma Stone.

Related:
Over 100 of the Hottest Pictures of Ryan Gosling to Just Straight-Up Wreck You
Previous Next Start Slideshow
Award SeasonOscarsRyan GoslingRed Carpet