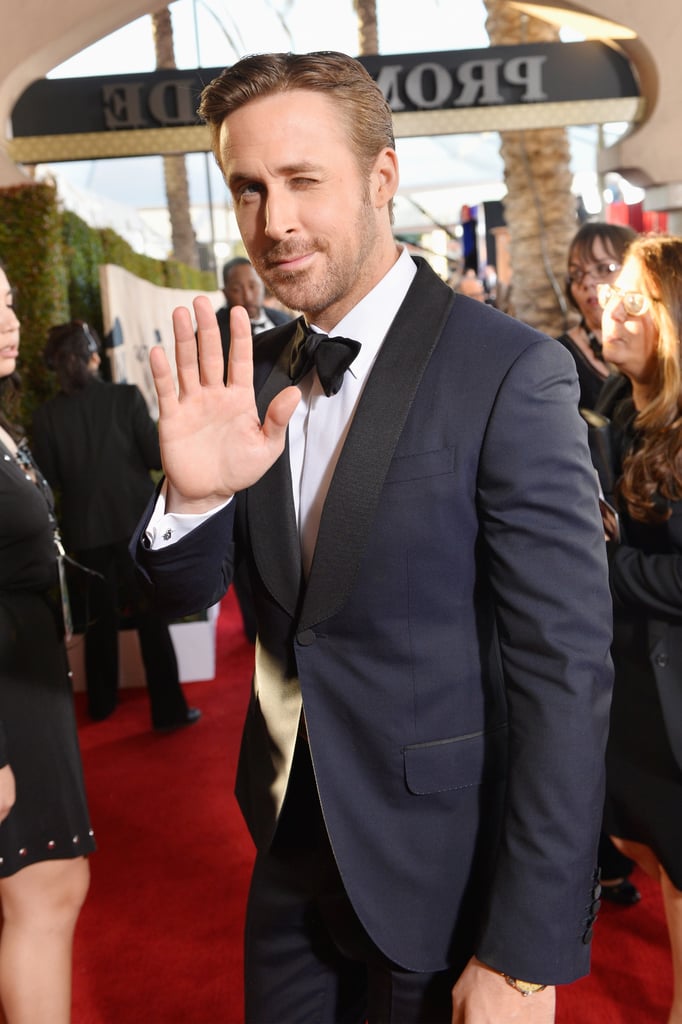 Ryan Gosling brought his sexy smoulder to Sunday's SAG Awards in LA. The four-time nominee was all suited for the ceremony, and even though his partner, Eva Mendes, didn't join him, he was in good company with Chrissy Teigen, John Legend, and Denzel and Pauletta Washington on the red carpet. Ryan's appearance comes on the heels of his Oscar nomination for best actor for his performance in La La Land. Seeing that the film has been sweeping award season, we have a good feeling about Ryan striking gold this year.