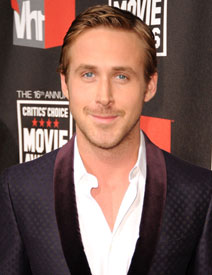 But what he really wants to do is direct! Ryan Gosling is set to direct and star in The Idolmaker, a remake of the 1980 film. It will be Gosling's first time behind the camera, and the film focuses on the life of music producer and promoter Bob Marucci. Gosling has already proved that he's a man of many talents, but I'm interested to see how he'll stack up to his peers as a director (with Matt Damon settling into the director's chair soon, the competition is getting pretty fierce.)