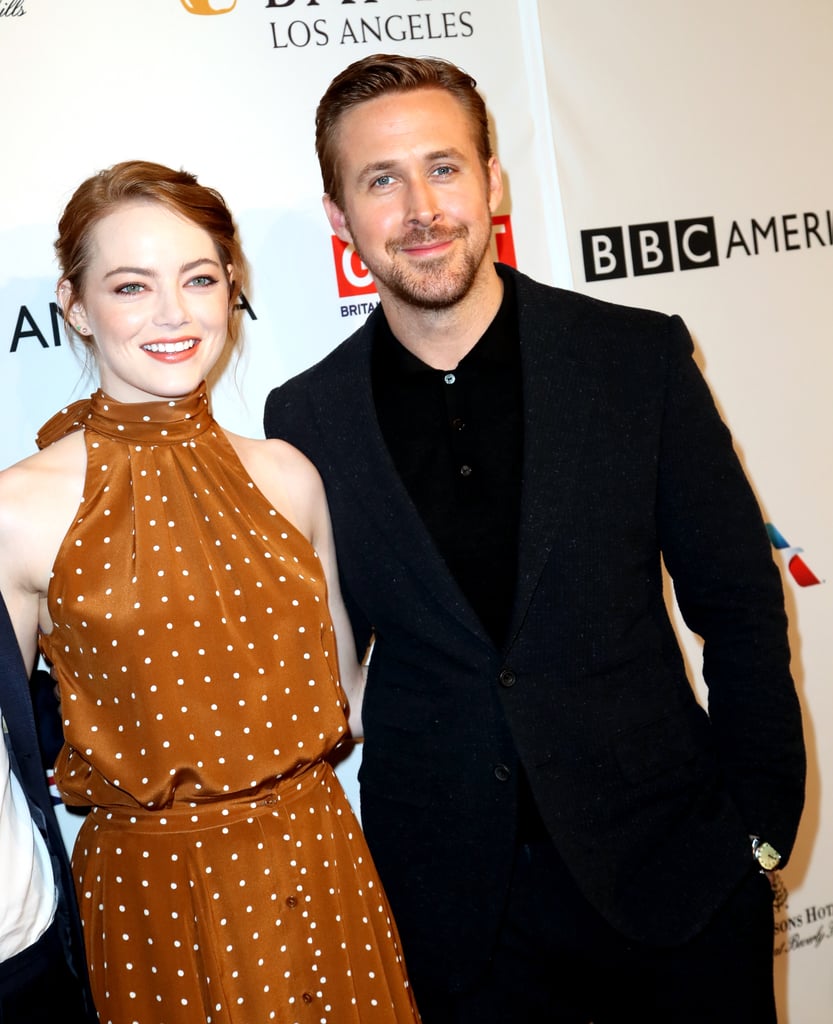 Emma Stone and Ryan Gosling kicked off Golden Globes weekend with a bang. In addition to Emma reuniting with ex-boyfriend Andrew Garfield at the AFI Awards luncheon on Friday, the La La Land costars made a stylish arrival at the star-studded BAFTA Tea Party in LA on Saturday. Ryan and Emma were joined by the film's director, Damien Chazelle, and the trio stuck together on the red carpet. Sunday's Golden Globes mark the first major award show of the year, and it's expected to be a big night for La La Land as it's nominated for seven awards, including best motion picture. We can't wait to see even more sweet moments between Emma and Ryan!