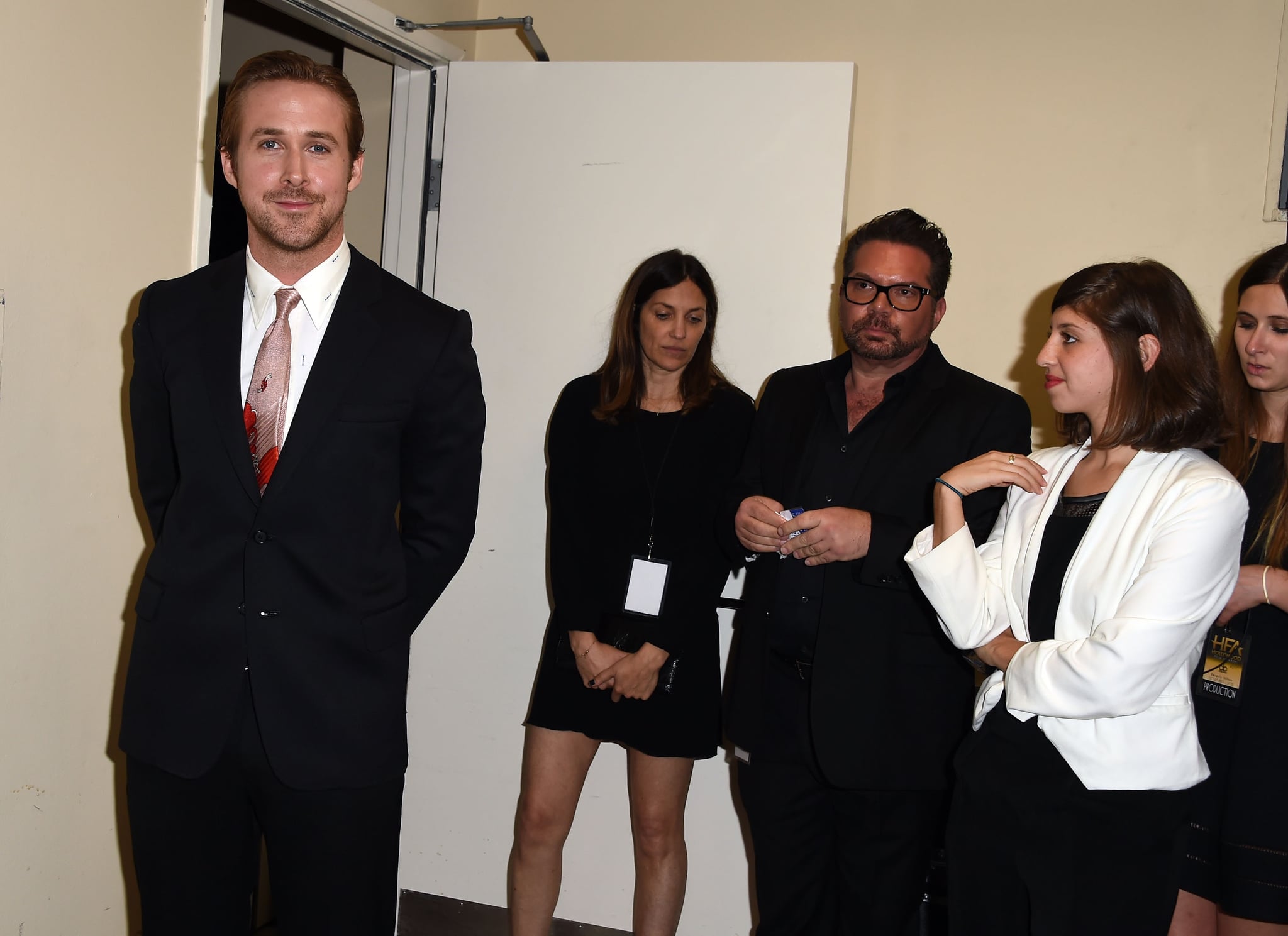 It's no secret that Ryan Gosling is an angel on earth, and a few lucky people at the Hollywood Film Awards on Sunday night got to see his beautiful face up-close. The actor, who made a rare appearance at the star-studded ceremony in Beverly Hills on Nov. 1, took a moment to pose for a hilarious photo backstage. In the shot, Ryan flashes a handsome smile while a small group of people stare at him off to the side. While one lady looks directly at him, the man seems to sneak a peek with side-eye, and two other women look down after probably feeling too flustered. See the funny moment above, and then check out Amy Schumer and Selena Gomez's antics at the show.