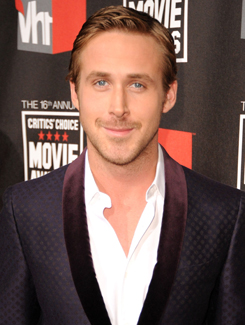 UPDATE: According to his rep, Ryan Gosling will not star in The Lone Ranger..

Here's some casting news I didn't see coming: Ryan Gosling is in talks to play The Lone Ranger. If his schedule permits, Gosling will star as the masked lawman in the big-screen version of the 1950 TV show, which will be directed by Gore Verbinski. Fans of the original series know that the ranger wasn't truly lone, however; Johnny Depp has been on board to play sidekick Tonto for some time. Gosling and Depp as an onscreen team? I'm not sure the screen can handle that much handsome.

Though Disney's The Lone Ranger won't be released until 2014, you'll be able to see the actor in another reboot before then — Gosling recently signed on to star in the remake of Logan's Run.