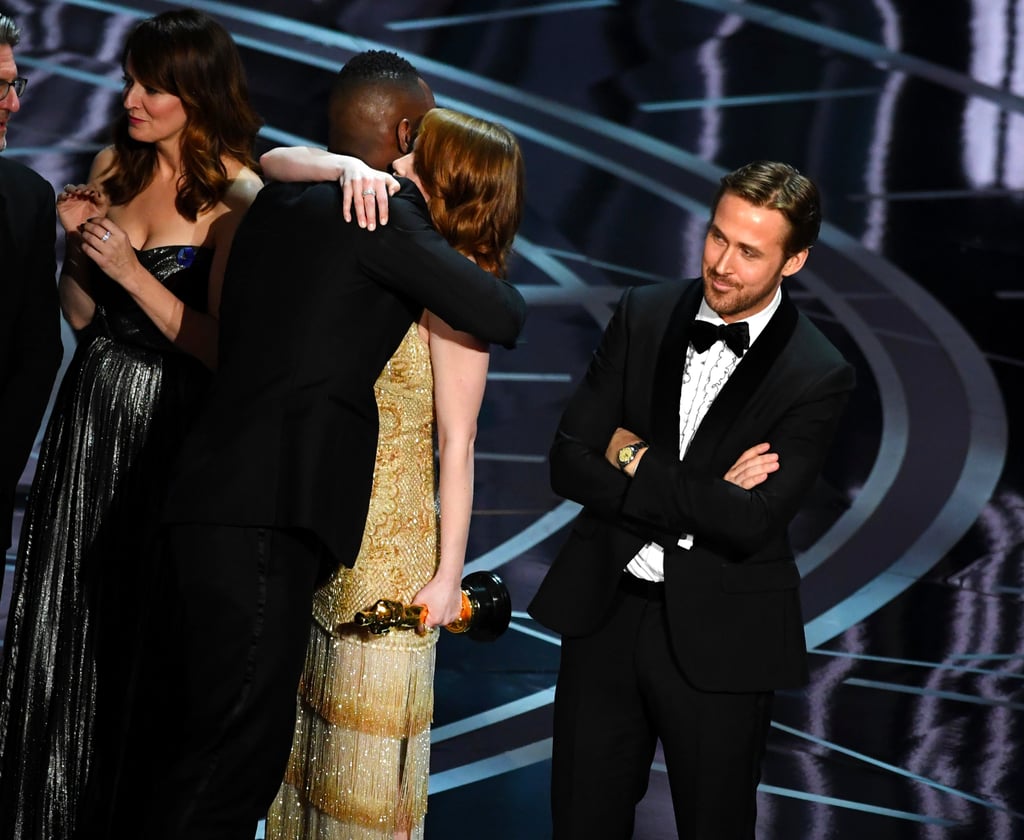 Ryan Gosling lost out to Casey Affleck for best actor at the Oscars on Sunday night, but he appeared to still take home an award when La La Land was named best picture at the end of the show. That reality quickly came crashing down, however, when producers stormed the stage to reveal that Moonlight was the real winner. While La La Land's other star, Emma Stone, was visibly shocked and the film's producer, Jordan Horowitz, gracefully stepped in to handle the situation, Ryan Gosling just kinda hung out in the background. The star looked relaxed and unbothered as he giggled and smiled during the awkward ordeal. When the cast and crew of Moonlight then took the stage to rightfully accept their award, Ryan hugged it out with the stars, including Mahershala Ali. Between this and him kinda brushing off Justin Timberlake at the beginning of the show, nothing got him down.

Related:
Ryan Gosling Had a Special Date at the Oscars, but It's Not What You Think
Previous Next Start Slideshow
Award SeasonOscarsRyan GoslingEmma Stone