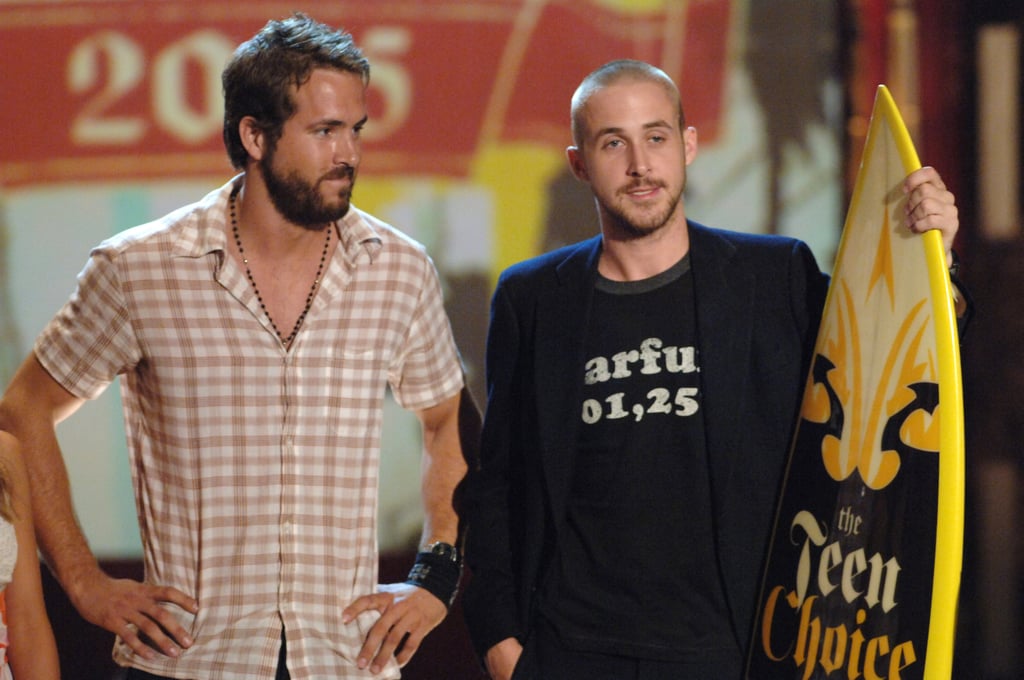 Minds, hearts, and ovaries exploded when Ryans Reynolds and Gosling met up at the Critics' Choice Awards in LA on Sunday, and for good reason: their joint hotness was completely out of hand, and the cute way they fangirled over each other was equally fun to watch. We couldn't help but wish we could be in the middle of that sweet, sweet Ryan sandwich, but it suddenly came to our attention that we had, in fact, witnessed the Ryans together in one place before.

The year was 2005, and Ryan Gosling was soaking up all The Notebook limelight with his costar and then-girlfriend, Rachel McAdams. The couple won a Teen Choice Award for choice liplock thanks to their chemistry in the romance drama, and Ryan Reynolds (along with a young Emma Roberts) was on hand to present them with their giant surfboard. They both looked a bit different back then — Reynolds wore a beaded necklace, and Gosling had a shaved head — but they were still sexy. So, there you have it: we finally got another Ryan-squared moment, 11 years after the original.

With Reynolds's Deadpool and Gosling's La La Land both nominated for Golden Globes, we're crossing our fingers, toes, and eyes that we get more bromantic moments between the two next year.