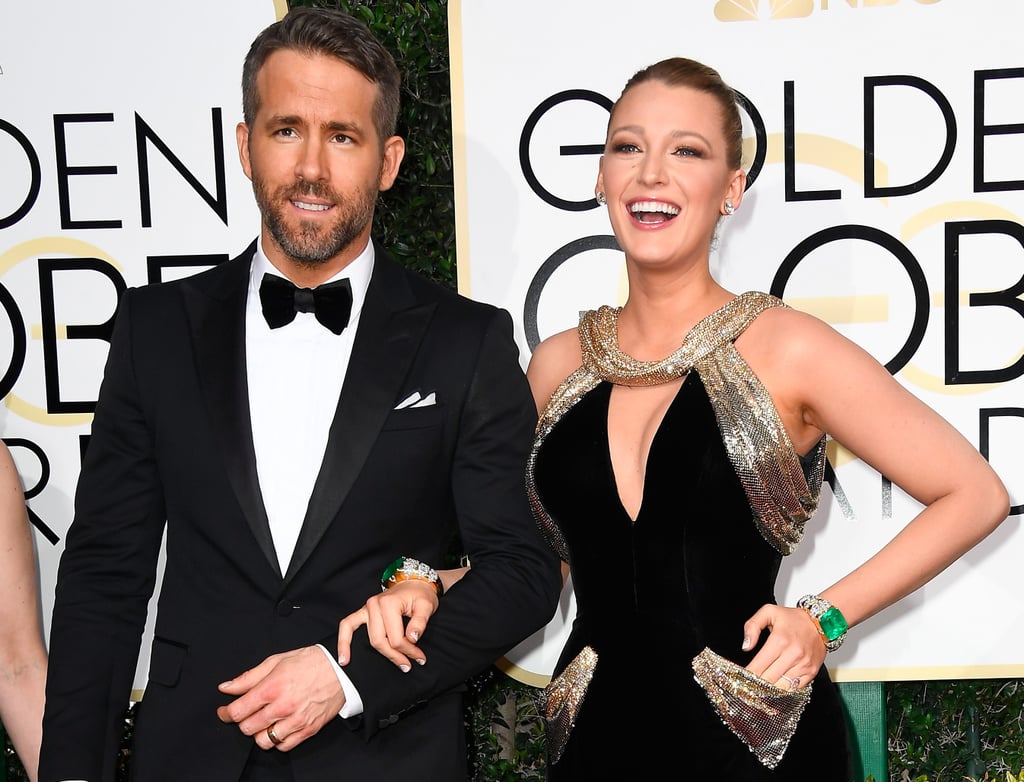 Blake Lively Returns to the Golden Globes For the First Time Since 2009 (With Ryan Reynolds!)

It should come as no surprise that Ryan Reynolds and Blake Lively were a beacon of brilliance at Sunday night's Golden Globe Awards in LA. The night marks a series of firsts for both parts of the couple; it's Ryan's first time getting nominated and his first time attending the ceremony. Blake, on the other hand, has been once before, but not since 2009! The event comes fresh off a thrilling December for the couple: Ryan cleaned up at the Critics' Choice Awards and brought the whole family for his Hollywood Walk of Fame star ceremony, and the two even sneaked in a day at Disneyland. Here's hoping Ryan's hot streak only gets hotter at tonight's Globes!